India's Saurav Ghosal and Joshna Chinappa moved into the semi-finals with convincing victories over their respective opponents in the Asian Squash Championships on Friday. 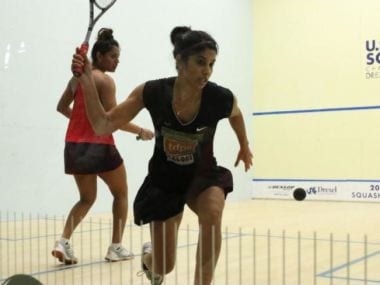 Ghosal's was the last match of the day and the Indian had hardly anything extra to take care as he disposed of Malaysia's sixth seed Mohd Nafizwan Adnan in straight games for an 11-4, 11-4, 11-3 win.

Joshna on the other hand had a task in hand suppressing compatriot Tanvi Khanna before prevailing 12-10, 13-11, 11-7.

Tanvi, who had made impressive strides in the championship and played with lots of motivation, continued in that vein against her senior. Unforced errors undid much of her spirited fight but it must be said to her credit, Tanvi stretched Joshna in the first two games before losing them over tie-break points.