Jakarta: India began its campaign on a winning note with both men and women recording 3-0 victories in the group stage of the squash team events at the ongoing Asian Games at Jakarta on Monday.

The men beat Indonesia 3-0 in the morning before overwhelming Singapore by the same margin. The women, who had only one match, beat Iran 3-0. 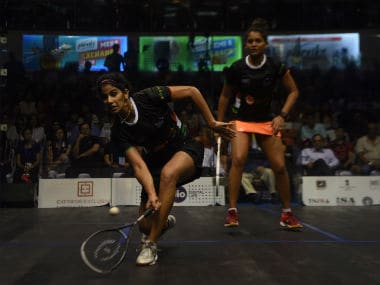 The only familiar player missing for India was Saurav Ghosal but his absence did not put any extra stress on compatriots Harinder Pal Sandhu, Ramit Tandon and Mahesh Mangaonkar as all of them won their matches without conceding a game.

In the women's section, both Joshna Chinappa and Dipika Pallikal were on view with Tanvi Khanna taking the third spot.

In the men's team, India is seeded second and has Malaysia, Qatar, Singapore, Indonesia and Thailand in its group.