Led by Atanu Das, Indian archers made a big statement by bagging three bronze medals on Tuesday, while ensuring at least three silvers at the ongoing Asian Championship. 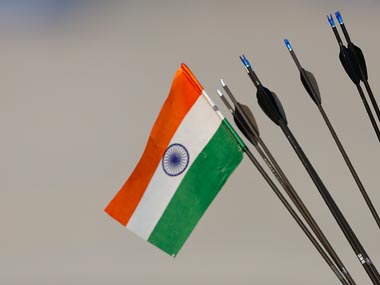 The Indian archers are competing in the tournament as neutral athletes under the World Archery flag due to the suspension of the national federation (AAI). Das first clinched a bronze in the men's recurve individual event in the morning. He beat Jin Hayek Oh of Korea 6-5 in the shoot-off in the bronze medal contest.

Das, who had also won a bronze in the recurve mixed team competition with Deepika Kumari on Monday, later completed a hat-trick of bronze medals by finishing on the podium in the men's recurve team event as well.

Das teamed up with senior pro Tarundeep Rai and Jayanta Talukdar to beat China 6-2 in the bronze medal tie.

Later, the Indian recurve women's team of Deepika Kumari, Laishram Bombayla Devi and Ankita Bhakat defeated Japan 5-1 to clinch another bronze medal for the country. The trio had earlier lost to heavyweights Korea 6-2 in the semifinals.

Besides the Indian archers also stormed into the finals of three compound events scheduled to be held on Wednesday.

Jyothi Surekha Vennam, Muskan Kirar and Priya Gurjar matched their male counterparts and beat Iran 227-221 to storm into compound women's team final, where they will be up against top seed Korea.

The compound mixed pair of Verma and Jyothi are already in the final, where they will clash against Chinese Taipei.