Hyderabad: Leading Indian cueist Pankaj Advani says it's difficult to predict if he could pocket his 17th World title since form matters a lot on the day of competition as he gears up for IBSF World 6-Red and the World Team Championship in Egypt. 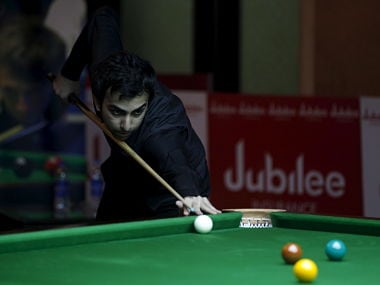 Advani said no prediction can be made while playing at the highest level.

"It's going to be very competitive and again it is a very short format. You just never know on that day how you click. If you click great, and if you don't, then take the flight and come back home," he said nonchalantly.

"I am looking forward to giving my best. It's an exciting month ahead for cue sport, with world championships and also the inaugural edition of Indian Cue Masters League," added Advani, who won the Asian Team Snooker title with Malkit Singh and Laxman Rawat recently.

"We are looking forward to hopefully doing well and getting a few more medals for our country. The preparations are going on good and we all are training and practising hard. It is our immediate goal."

Advani, who won the World 6-Red Snooker Championship in 2014 and 2015 but lost it in knock out rounds last year, said the team championship is something that he would definitely love to get his hands on.