Tiwari’s heart has always lied in the socially-relevant cinema and, thus, having been associated with films like Shaheed, Indian, Ghayal Once Again, he looked for the stories that would contribute in bringing about a positive change in the society. And thus, he picked up Global Baba, a film about the power, politics and business of godmen in India, as his second film. 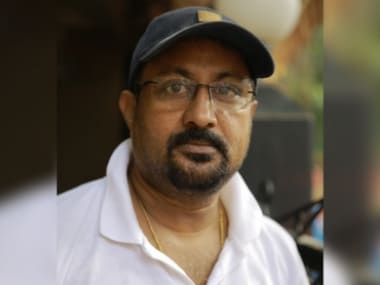 But the hasty release of the film made it reach the lesser audience than Manoj had anticipated. That didn’t deter him from pursuing the path of socially relevant cinema where content is his biggest star. I have decided to go even bolder and straighter after Global Baba and thus P se Pyaar, F se Faraar is many notches higher and more effective than my earlier work. I am sure a story told honestly and straight from the heart will definitely strike the right chords with the audience.

Manoj says P se Pyaar, F se Faraar is the most effective and cinematic statement against caste-politics in our country so far. P se Pyaar, F se Faraar has touched layers which no films on this subject have touched hitherto. The story of the film is based on true incident in Mathura, where a national-level sportsman had to face the repercussion of inter-caste marriage.

The film has been written by Vishal Vijay Kumar. It is produced by Jogender Singh under the banner of Ok Movies Production. Music partner of the film is Zee Music and movie is Nationwide Distributed by PVR Pictures. Directed by Manoj Tiwari P se Pyaar, F se Faraar’s first look is out now and the movie will release on 18 October 2019.