With UDF-LDF duopoly in jeopardy, BJP may have a chance in Kerala polls

Kerala goes to the polls next week, and this week a number of senior leaders of the BJP are campaigning in the state: Narendra Modi, Rajnath Singh, Nirmala Sitharaman, et al. It shows how seriously the party is taking the state, one of the last bastions of anti-BJP sentiment. Amit Shah visited last week to rally the troops. And, on the ground, there is vigorous campaigning: the BJP is as visible as the traditional Tweedledum and Tweedledee - the Congress (United Democratic Front) and the Communists (Left Democratic Front).

What will the net results be? Kerala has never sent a single BJP candidate to the Assembly or to Parliament. It was immune to the Modi wave of 2014, and the best the BJP could do was come close to winning the Trivandrum parliamentary constituency: O Rajagopal was on the verge of defeating sitting MP Shashi Tharoor of the Congress, but a late surge foiled him.

This allergy to the BJP can be explained fairly easily: demographics is destiny. There are many Christians and Muslims in Kerala, and a large number of those with Hindu names are Hindus in name only (HINO). Evidence suggests that these may total as much as 80-90 percent of the voters, and thus a party viewed as a ‘Hindu party’ has been unable to win in Kerala. 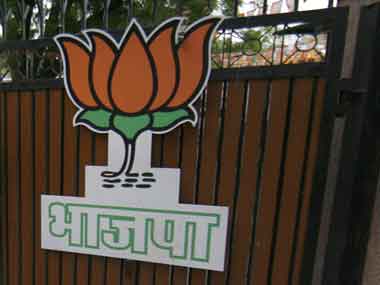 This demographic imbalance has led to the marginalisation of Hindus. A telling example was five years ago when the current UDF government took charge. The negotiations were among Congress, Kerala Congress and the Muslim League, and the negotiators were Oommen Chandy, KM Mani and Kunjali Kutty — Christian, Christian and Muslim, respectively. No Hindu, not even a HINO, was present. And the parties reflect it too: Congress is overwhelmingly a Christian party, Kerala Congress (a breakaway group) is almost 100 percent Christian.

Furthermore, as a result of the toxification of education in the state, youngsters have been taught, and have internalised, certain ‘axioms’: that there is a ‘fascist’ ‘Brahminical’ Hindu mindset that is just dying to impose its tyranny on ‘secular’ Hindus, and especially on poor, ‘oppressed’ ‘minorities’, who therefore need to be protected.

All of these assertions are simply untrue in Kerala (Christians and Muslims together are about 45 percent of the population, but run 90 percent of the educational institutions, own 80 percent of the bank balances, and have own more lands than Hindus). The fact that 92 percent of the suicides in Kerala are by Hindus is also not widely known (all data summarised from articles by Prof C J Issac, a professor of history, Kottayam).

Thus, Kerala has been untouchable as far as the BJP is concerned, and every five years the ruling rascals are thrown out and the other bunch comes in: Congress, then Communists, then Congress. There is virtually no difference between them in terms of self-aggrandisement or of looting the public treasury. The rhetoric may be different, and the Communists are more violent, but the net result on the ground is the same.

In addition, there has been a state of internecine warfare among the two most numerous Hindu groups, the OBC Ezhavas and the FC Nairs, who have been fighting (stupidly) over reservations in government jobs and in seats in government colleges. Stupidly, because the jobs and college seats are in the private sector. But this has hurt Hindu unity of purpose, leading to their irrelevance.

The comfortable UDF-LDF duopoly is now being jeopardised by the national rise of the BJP and the awareness being built among Hindu youth, especially through social media. They can see that they are subjected to severe discrimination in the private sector (for example, Christian-run schools, even those funded by the State, prefer Christian pupils) and the public sector (for instance, there is a Kerala government fund set up to forgive loans to Hindus who convert to Christianity).

The next result of this has been the increasing vote tally gained by the BJP, for instance in local body elections a year ago. Shashi Tharoor was worried enough to tweet then: “Poor performance of UDF across the state esp in Tvm calls for serious introspection within the Party esp on groupism in candidate selection”. But old habits die hard.

Still, this is the election in which the BJP finally has a chance to debut. One of the big changes for the BJP has been the alliance with the BJDS (Bharat Dharma Jana Sena), the party floated by Vellappally Natesan, the leader of the Ezhava community. Since the majority of the Communists’ voters are Ezhavas, this could cut into the LDF’s base. Since most contests are close, the swing of a few hundred votes can tip the balance.

In visiting several parts of Kerala, talking to the proverbial Ola/Uber drivers, and to regular voters on the ground, I have come to the following predictions about what will happen in the elections. Disclaimer: caveat emptor:
1. The BJP alliance vote share will increase in proportion to Hindu consolidation.
2. The BJP alliance seat count will no longer be zero, but can vary from a low of 2-3 to a high of 25-30, depending on how many voters the cadres can enthuse and get out.
3. There are only 1-2 safe seats for the BJP alliance, but they can affect the results in quite a few seats.
4. The Congress and the Communists are engaged in tactical alignments to defeat the BJP alliance wherever possible.
5. The Christian and Muslim communities, while largely voting along communal lines, will also be encouraged to vote tactically against the BJP alliance.
6. Poor candidate selection, and in particular, poor constituency selection, has hurt the BJP’s chances.
7. The BJP alliance positioning itself as representing the entire Hindu spectrum from SC (Pulaya Mahasabha) to ST (tribal leader CK Janu has joined them) to OBC (BJDS) to FC (Nairs, even though their official organisation, NSS, is close to the Congress) has paid dividends
8. The innumerable scams and scandals of the Oommen Chandy government, and those of the Sonia Gandhi clan at the center, have had an impact on voter sentiment.
9. The assaults on Hindu causes (Sabarimala, Thrissur Pooram, temple elephants) and the insensitivity of the government to Hindu grievances (Paravur fireworks, Jisha rape/murder) have hurt both the UDF and the LDF.
10. The BJP alliance has established itself as a viable third choice.

Therefore, it is virtually certain that the BJP alliance will have a presence in the next Kerala Assembly. Whether they will have enough clout to be kingmakers any time soon is a moot question.