Will make city green and clean: TMC promises in manifesto for KMC polls

Kolkata: Ruling Trinamool Congress on Monday released its manifesto for the forthcoming crucial elections to the 144-ward Kolkata Municipal Corporation (KMC) promising to make the city "Green and Clean".

"We will make it (the city) green and clean," party secretary-general and state education minister Partha Chatterjee told a press conference. 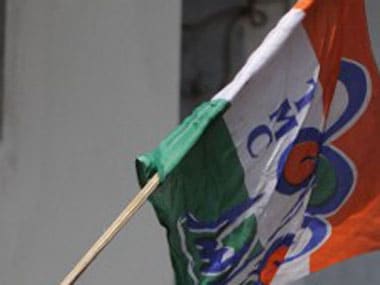 "Our government is for Maa, Mati, Manush. Our candidates will reach out to the people for carrying on development," said Chatterjee, who was flanked by the city mayor Sobhan Chatterjee and ministers Arup Biswas and Sadhan Pande.

He said that one of the highlights of the manifesto was there would be social accountability, development, progress, peace, no burden of taxes and secularism.

Highlighting the performance of the TMC-controlled board in the KMC, Chatterjee said, "The drainage system in Kolkata has improved a lot in the last 5 years ... From simplification of taxes to lighting of streets and launch of WiFi, KMC has done a splendid job in the last five years.

"We have tried to reflect the roadmap for the next 5 years in the manifesto for KMC election. We dedicate it to the people," he said.

Election to KMC and the 91 other civic bodies are being considered the biggest polls before the state assembly elections next year.

While the KMC polls will be held on April 18, election to the 91 municipalities are slated on April 25.

The TMC won uncontested in civic elections in Hooghly's Arambagh and Tarakeshwar and Nadia's Gayeshpur on March 28.