Vijay Nair is an unofficial boss in the Aam Aadmi Party’s power structure. But he was always a backstage man. Even though the AAP was aware of his position of authority, the party leaders refused to acknowledge it until the Central Bureau of Investigation detained him on Tuesday night in connection with an alleged excise policy fraud. Nair has been referred to as the communication in charge by the AAP, and Delhi Chief Minister Arvind Kejriwal has described him as “just a karyakarta”. While the first claim is partially accurate, the AAP insiders say that the national convenor’s claim that the person is simply another party worker is dubious.

Nair significantly contributed to the AAP’s victory in the Punjab election and the 2020 Delhi Assembly elections. The Gujarat plan of the Aam Aadmi Party was in fact made possible by Vijay Nair, the former CEO and founder of the event management company Only Much Louder or OML. The party’s ability to formulate strategies will be weakened by Nair’s arrest, which will also jeopardise its plans for national growth. Vijay Nair was one of Chief Minister Arvind Kejriwal’s closest confidants, according to Aam Aadmi Party sources. From 2020 onward, Vijay Nair played a significant role in the creation of policies as well as political, media, financial, and social media strategies.

Vijay Nair’s affiliation with the Aam Aadmi Party starting in 2014 has been mentioned in numerous media reports. The story, though, takes place much earlier. Several Bollywood stars including Vishal Dadlani, Raghu Ram, Anupam Kher, Purab Kohli and others became involved in the Anna Hazare-led India Against Corruption movement in 2011. From that point on, Arvind Kejriwal met numerous movie stars, their friends, and young people from Maharashtra. Some of these people later assisted in fundraising when Kejriwal decided to found the Aam Aadmi Party. Vishal Dadlani and Raghu Ram actively promoted the Aam Aadmi Party while actors like Anupam Kher distanced themselves from the organisation.

Raghu Ram campaigned for AAP in the 2013 elections. Vishal Dadlani even sang the anthen of AAP, “5 saal kejriwal” in 2015.

Another Aam Aadmi joins us…

A former Aam Aadmi Party and India against corruption movement said on the condition of anonymity, “At that time, the election was right around the corner, and the Aam Aadmi Party needed a lot of money. Vijay Nair was first introduced during this period. With the success of the big music events at the time, he was at the pinnacle of his career. He was successful in raising money for the party thanks to his extensive network in the industry and positive relationships with music directors, producers, comedians, and others.”

Nair rose to prominence in the field as a result of the NH 7 weekender, a significant musical production. He also played a key role in the creation of the popular show AIB roast. He has close confidants like Vishal Dadlani, Vir Das, and Kunal Kamra. He left his position as OML’s CEO in 2017. A number of sexual harassment claims against Nair first surfaced in 2018. Significantly, numerous of his colleagues, including Utsav Chakraborty of the AIB, was accused of sexual misconduct.

Vijay Nair had already assimilated into the AAP at that point. Delhi’s assembly elections were scheduled for 2020, and the Supreme Court issued a landmark decision in February of that year. Wich stated that the Lieutenant Governor of Delhi would need to work with the Cabinet’s guidance and assistance. This decision made it clear that the lieutenant governor has certain restrictions and is not permitted to get involved in all aspects of the Delhi government. The work pace quickened after this point.

Arvind Kejriwal’s Aam Aadmi Party was a new-age political force, but some of its key functionaries once thought it was governed by outmoded political principles. Since the beginning of the party, the key figures and advisers around Kejriwal have included Nagendra Sharma, who served as the chief minister’s media advisor, Gopal Mohan, who served as his policy advisor, and Arunoday Prakash, who served as deputy chief minister Manish Sisodia’s media advisor, Amardeep Tiwary, Ankit Lal, who previously oversaw IT and social media.

A senior AAP leader who did not wish to be identified said, “All of these individuals were close to Arvind Kejriwal, but young leaders suggested changes. At the same time, we began to feel the need for outside assistance. There was a collaboration with Prashant Kishor’s I-PAC. Then, Nair was exactly the all-arounder that Arvind ji was looking for.”

This is when Vijay Nair’s real growth within the party occurred, according to sources within the Aam Aadmi Party. The situation quickly changed, with Nair taking full control of communication and social media strategy while Ankit Lal of AAP was sidelined. Before the 2020 Delhi Assembly elections, individuals like Amardeep Tiwari and Arunoday Prakash distanced themselves for unknown reasons. Additionally, the chief minister’s media advisers’ contract was not renewed after the Aam Aadmi Party won that election.

From social media to policy to media relations, political strategy, and campaigns Nair was, all in all, the undeclared boss.

The senior AAP official stated, “Vijay Nair single-handedly changed the way the Aam Aadmi Party’s campaign strategy. Several funny videos and memes started to be produced before the 2020 elections, and they received a lot of social media shares.”

Before the 2020 Assembly Elections, Vijay Nair reportedly participated in several Aam Aadmi Party campaigns during this period. The fight against dengue was one of the major such campaigns. The sources from the Aam Aadmi Party also claimed that Vijay Nair was crucial to the Aam Aadmi Party’s human resource strategy. Through partnerships with various strategic companies, he developed ideas for several fellowships and hired numerous independent working professionals. He also became a crucial part of the policy-making process under the Arvind Kejriwal government in this way. 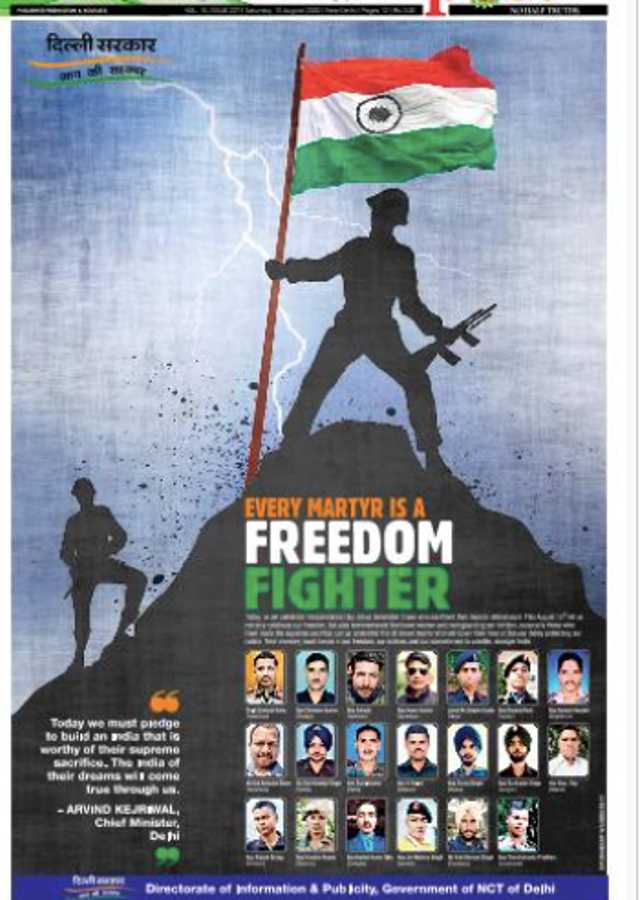 Vijay Nair became one of chief minister Arvind Kejriwal’s closest advisors following the success of the 2020 assembly elections. Aam Aadmi Party sources claim that Nair assisted in the launch of several significant initiatives or policies by the Delhi government. For instance, Nair was the one who came up with the start-up policy and the doorstep delivery of ration services, among many other policies.

Nair reportedly used to directly advise the chief minister on how to carry out policies, participate in stakeholder meetings, and secure the participation of private think tanks or experts in the policy-making process. He developed a friendship with CM Arvind Kejriwal as a result. According to sources, he also played a significant role in the Punjab assembly elections, beginning with the development of the manifesto and moving on to the management of media relations. After the Bhagwant Mann government took office, he continued to advise it with the aid of advisory committees.

The AAP sources noted that the entire advertisement campaigns for which the party has faced much criticism, the idea of doing a town hall by the chief minister before elections, and holding back-to-back press conferences uttering the same lines are also some of the key works of Nair.

The author is an independent journalist, columnist and former policy research fellow at the Delhi Assembly Research Centre. He tweets @sayantan_gh. The views expressed in this article are those of the author and do not represent the stand of this publication.