Two arrests have been made so far in connection with the alleged irregularities in the now-withdrawn Delhi excise policy. Liquor businessman Sameer Mahendru was arrested today by the Enforcement Directorate (ED), a day after Aam Aadmi Party (AAP) communication in-charge, Vijay Nair, was nabbed by the Central Bureau of Investigation (CBI).

Mahendru, the managing director of Indospirits, was taken into custody under the Prevention of Money Laundering Act (PMLA) after a night-long questioning session, news agency PTI reported.

He is likely to be produced before a local court, where the ED will seek his further remand.

Meanwhile, the AAP has come out in Nair’s defence, saying he has no link to the Delhi liquor policy case.

The Kejriwal government had scrapped the Delhi Excise Policy 2021-22 and brought the old liquor policy back on 1 September.

The step was taken after Lieutenant Governor Vinai Kumar Saxena recommended a CBI probe into the alleged irregularities in the implementation of the excise policy, which threw Sisodia, head of the excise department, directly into the line of fire.

AAP’s education minister Sisodia was accused of giving “undue benefits” to liquor vend licensees in lieu of “kickbacks” and “commissions”, according to the report submitted by Delhi chief secretary Naresh Kumar to LG Saxena.

The CBI had named 15 people in its FIR including the Delhi deputy chief minister and Nair.

Who is Vijay Nair and what are the charges against him in the Delhi excise policy case?

Who is Vijay Nair?

Vijay Nair is the former chief executive officer (CEO) of Mumbai-based Only Much Louder (OML), an entertainment and event management company.

Nair, who had started Only Much Louder as a management company for indie bands, later shifted focus toward the comedy industry and live music concerts.

As per The Quint, OML was popular for its NH7 Weekender concerts, which have become synonymous with indie music in India.

The company also promoted comedy collectives such as East India Comedy and All India Bakchod, The Quint reported.

Nair is also linked with companies including Babblefish and Motherswear.

As per Economic Times, in 2014, Nair was at the helm of a business that had an estimated worth of $10 million. Vijay Nair was the CEO of the event management firm Only Much Louder. News18 File Photo

Moreover, he made it to Fortune India’s 40 under 40 list in 2016 which honours the most influential young leaders every year.

The businessman was accused of sexual harassment and misconduct during the Me Too movement in 2018, The Quint said citing The Caravan report.

In addition, he has been accused of promoting a culture of sexism at Only Much Louder when he was the CEO, a charge vehemently denied by the company, as per PTI.

Notably, Nair had quit his role at OML a year before the sexual misconduct charges came to light.

Nair has been associated with AAP since 2014. “Between 2014 and 2018-19, his role was mostly limited to social media strategy, party events and fundraising,” a senior AAP leader told Indian Express.

However, he rose in ranks in 2019 and was made in charge of the party’s election campaigns, Indian Express reported.

Nair managed the AAP’s communication strategies during the Punjab Assembly election earlier this year where the Arvind Kejriwal-led party secured a landslide victory.

He was currently discharging the same duties for AAP ahead of the Gujarat Assembly elections slated later this year.

What are the charges against Vijay Nair?

As per PTI sources, Nair has been arrested for his alleged role in “cartelisation” and “conspiracy” in connection with the alleged irregularities in the allocation of liquor licences in Delhi. 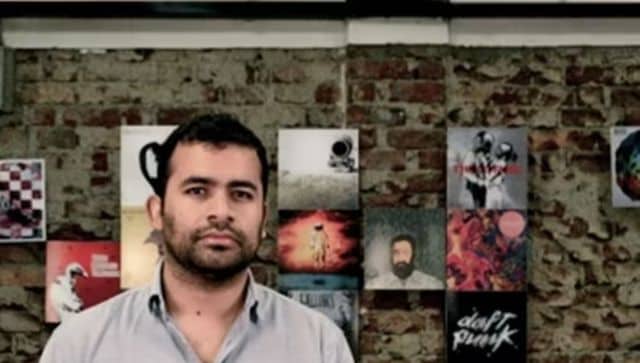 An FIR by the CBI states that Manish Sisodia’s “associate” Arjun Pandey had once collected Rs two-four crore cash from Mahendru on Nair’s behalf, PTI reported.

“Source further revealed that Arun Ramchandra Pillai used to collect undue pecuniary advantage from Sameer Mahendru of IndoSpirit for onward transmission to the accused public servants through Nair,” the news agency cited the FIR as saying.

The AAP has backed its communication in-charge, saying his arrest is a part of the Bharatiya Janata Party’s (BJP) “ongoing attempt to crush” the Kejriwal-led party and “obstruct” its Gujarat campaign.

In a statement released on Tuesday, the AAP claimed Nair was forced to implicate Sisodia and when he refused, the businessman was arrested.

Our statement on the arrest of Vijay Nair: pic.twitter.com/atClzhJiyB

“He was called for questioning last few days and was pressurised to take the name of Manish Sisodia. When he refused to do that, he was threatened that he would be arrested. His house was raided twice in last one month but nothing was found,” the party said in the statement.

Terming the allegations and Nair and AAP leaders “false and completely baseless”, the AAP said, “we strongly condemn these unconstitutional and illegal methods being adopted by the BJP”.