What was the DA case against Mulayam Singh: All you need to know

The CBI today filed a closing report on the disproportionate assets case against Samajwadi Party chief Mulayam Singh after Yadav’s chartered accountants reportedly managed to explain every asset which was under the scrutiny of the agency. 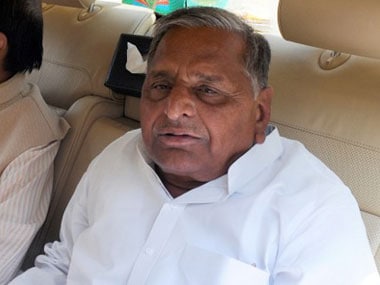 CBI sources had said Yadav produced enough evidence showing that the assets grew during 1993-2005 because of loans from relatives which were later claimed to be  gifts.

*The disproportionate assets case was registered in 2007 against the Samajwadi Party chief.

*The Supreme Court had ordered a CBI inquiry on 1 March, 2007 into the alleged accumulation of disproportionate assets after a PIL was filed by an advocate Vishwanath Chaturvedi.

*The CBI had collected 350 documents and questioned eight persons to check the accumulation of assets by the family in the period between 1 April 1993 to 31 March 2005.

*In July 2008 Dimple Yadav had written to Prime Minister Manmohan Singh denying the allegations against her in the DA case. Her letter was forwarded by the PM to the CBI. The investigative agency sought a legal opinion.

*In November, 2008, then Solicitor General GE Vahanvati opined that the assets of Dimple and Malti Devi, Mulayam’s late first wife, could not be clubbed with those of Mulayam, because they "held no public office".

*The CBI filed an application before the apex court in December 2008, seeking the withdrawal of its earlier view that supported the registration of a regular case. It said that it was making this submission on the advice of the government.

*In December 2012 the Supreme Court had directed the CBI to go ahead with the probe against Mulayam and his sons Akhilesh and Prateek, but drop the probe against Dimple saying that she was not holding any public office and was only a private person.

*CBI sources had said of the Rs 2.63 crore of alleged disproportionate assets which were inquired by the agency between 1993-2005, nearly Rs 1.4 crore are in the name of Akhilesh Yadav‘s wife Dimple which had weakened the case.