Dehradun: The Uttarakhand Congress has passed a resolution urging Rahul Gandhi to take over as party president. 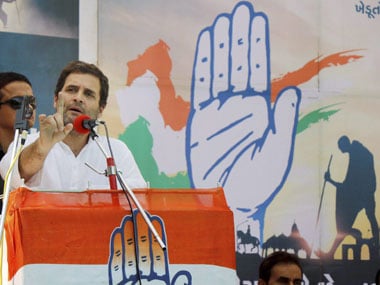 Moved by the leader of Opposition Indira Hridayesh in the state assembly, the resolution was passed unanimously by over 200 party members at a meeting of the Pradesh congress committee (PCC), held at the state party office on Thursday.

PCC president Pritam Singh said this is the appropriate time to elevate the Congress vice-president to the top post in view of the proximity of 2019 Lok Sabha polls.

The Congress is currently conducting organisational polls, including for the post of president.

The Election Commission has set a December deadline for the Congress to conclude the exercise. The All India Congress Committee, however, plans to complete the process by the end of October.