Law Minister Ravi Shankar Prasad, speaking in the Lok Sabha after the Muslim Women (Protection of Rights on Marriage) Bill, 2017, was tabled,  said: "The issue is not of faith, or puja but it is simply one of gender justice, equality." 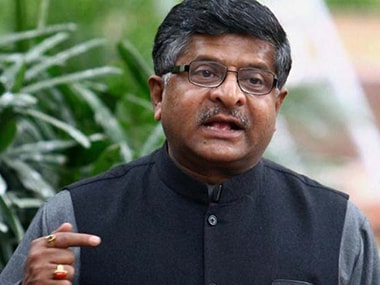 "We must understand the pain of Muslim women. This morning, I read that a woman in Rampur was given talaq by her husband just because she woke up late," he said. "I went  to Patna. I witnessed burqa-clad women were learning Information Technology (IT). On one side, we are hailing digital India and on the other side there is 'talaq, talaq, talaq.' The Lok Sabha is India's biggest panchayat. I appeal, firstly, that this Bill not be seen as a succession Bill. Secondly, don't tie it under caste aspect,and, thirdly, don't tie it to religion. Fourthly, don't view it under vote bank."

Prasad added that around 100 cases of triple talaq came to light after the Supreme Court verdict and wondered why India, being a secular country, could not tackle triple talaq, ANI reported.

When Islamic countries have regulated provisions of #TripleTalaq then why can't we a secular nation do it? We are not interfering in Shariat: RS Prasad,Law Minister in Lok Sabha

Earlier, the Congress' Mallikarjun Kharge said that they supported the Bill, but that it contained certain lacunae which should be rectified in the standing committee and that it could be sorted out in a time-bound manner by sitting together. Prasad thanked Kharge and stated that whatever suggestions the Congress has should be conveyed in the Lok Sabha itself, ANI reported. Prasad added that if the changes were fine, they would be incorporated into the law.