The UPA government’s decision last year to confer the Bharat Ratna on cricketer Sachin Tendulkar and scientist CN Rao triggered a fierce competition among politicians to name luminaries on whom the country’s highest civilian award hadn’t been bestowed. From Atal Bihari Vajpayee to Ram Manohar Lohia to Karpoori Thakur to Kanshi Ram, there was scarcely a personality, dead or alive, who didn’t figure on the Bharat Ratna wish-list.

Those who wanted Vajpayee honoured invariably belonged to the BJP, which, now heading the Central government, has conferred the Bharat Ratna on him. Others on the wish-list will have to wait for the honour till those who sponsored their names come to power at the Centre.

But the one name which didn’t figure on the wish-list was of former Prime Minister VP Singh. Nobody, not even those who gained enormously from his decision to implement the Mandal Commission recommendations thought of canvassing his name for the award.

There isn’t much to choose who between Vajpayee and Singh has had a greater impact on India. Undoubtedly, Vajpayee in his active political days was a great speaker and communicator, regaled his audience with his wit, participated in parliamentary debates with tremendous vigour, and possessed qualities of an avuncular leader. 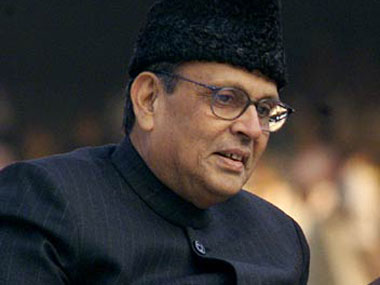 Yet, it wasn’t he but LK Advani who propelled the BJP and its Hindutva ideology from the margin to centrestage. As Prime Minister, Vajpayee didn’t have a lasting impact on India – he didn’t redefine the style of governance, nor was his contribution in any arena as sweeping as, say, Narasimha Rao’s was to the Indian economy. His peace initiative with Pakistan sputtered and died out, as did his attempt to resolve the Kashmir problem.

Vajpayee amassed Indian troops on the border with Pakistan, in retaliation for the terror attack on Parliament, but had to ultimately pull them back under pressure from the global powers. Their intercession, ironically, was on account of his decision to make India overtly nuclear, prompting Islamabad to establish nuclear parity with Delhi. The spectre of nuclear war in South Asia blunted the edge of Vajpayee’s aggressive policy on Pakistan. Yes, under him the Pakistan intruders were pushed out from Kargil, which the BJP grandiloquently christened Kargil War, but which was simply too limited to qualify for the descriptor.

By contrast, Singh triggered a tsunami in the socio-political landscape through his decision to implement Mandal. Apart from prising open the Central government services to socially and educationally backward groups, Mandal became a catalyst for the political consolidation of OBCs. Their political strength was augmented because of the alienation of Muslims from the Congress, and even sections of Dalits who were alarmed at the depth of upper caste resentment against reservation. Again, it was the OBC-Muslim alliance at the grassroots that ensured North India did not erupt into communal mayhem following the demolition of the Babri Masjid.

Much of this OBC consolidation was to ultimately splinter. Yet the emerging OBC leaders resorted to new electoral permutations and combinations to create majorities in their respective states, in the process becoming the ‘little leaders’ who still remain politically relevant and strong. From Nitish Kumar to Lalu Prasad to Mulayam Singh Yadav, they are veritably the children of Mandal who broke the electoral stranglehold, and domination, of the Congress.

The rise of OBCs also prompted the BJP, traditionally considered a Brahmin-Bania party, to factor them in their political calculations. The party had to provide OBC leaders a prominent place in the organisation. Not for nothing did Narendra Modi harp on his OBC identity during the Lok Sabha election campaign in Bihar and east UP.

Indeed, it is time to reclaim Singh from the fog of forgetfulness shrouding the collective memory, to credit him for restructuring Indian politics in dramatic ways. In forgetting him the Indian society betrays the prejudices lurking below its veneer of progressivism: for the upper castes, he is a traitor, who can never be forgiven for undermining their hegemony despite belonging to them. For the subaltern caste groups, he can’t be their hero because, well, he was simply not one of them, an OBC or a Dalit.

Contemporary political narratives portray Singh as a cynical politician, claiming that he implemented Mandal to rally the OBC members of his party, Janata Dal, to thwart the challenge to his leadership from Devi Lal. Yet a scouring of the archives tells another story – through the months preceding the 1989 general election Singh campaigned on the social justice plank, and explicitly declared he would implement Mandal.

Here are two of the many instances on which Singh talked of introducing reservation for the OBCs. On 16 June 1989, Singh said in Delhi that his attempts to prevent a split in the Opposition vote won’t be at the expense of compromising on the policy of the Janata Dal. "Fair share to weaker sections and minorities in the development of the country… there can be no compromise on them," he said, going on to tell the audience that he planned to implement Mandal.

Three months later, in Chennai on 18 September 1989, newspapers quoted him saying, “The (National) Front would also fill up the vacancies of Scheduled Caste quota in government services only through Schedule Caste persons and would implement the recommendations of the Mandal Commission report in toto, to benefit the backward classes."

Singh finessed his idea of social justice even better in the years he was no longer in electoral politics. Few are aware of his contribution in the enactment of the Right to Information Act and the National Rural Employment Guarantee Act.

In a poignant obituary of Singh, RTI’s principal architects, Aruna Roy and Nikhil Dey, wrote in The Indian Express, "When the history of these two legislations are more comprehensively written, there will be many architects and strategists who will finally get the credit they never sought… VP Singh was one of them. He will always be cited for implementing the Mandal Commission report. But that alone is not his contribution… It will be a grave injustice to him and posterity however, if his role as a statesman politician in establishing the rights of the poor is not acknowledged."

Roy and Dey then went to add, "For those of us who were small fish swimming against the tide of the Indian political discourse, he inspired tenacity, imparted humour, and provided sustained practical support and advice."

Obviously, the Congress or the BJP can’t be expected to name Singh for the Bharat Ratna, for it was he who undermined the hegemony of the former and countered the latter’s pet project of turning Hindu society into a homogenous monolith. But what is astounding is that politicians who are the children of Mandal could have forgotten him. You can’t but think it is because Singh did not belong to their caste, underlining not only the extent to which the idea of social justice has become twisted, but also that the Bharat Ratna had become an eloquent symbol of India’s warped mindset.

Ajaz Ashraf is a journalist from Delhi. His book The Hour Before Dawn, published by HarperCollins, is now available in bookstores.