He advised the BJP to adopt "constructive" approach and not sacrifice parliamentary propriety and traditions at the altar of politics. 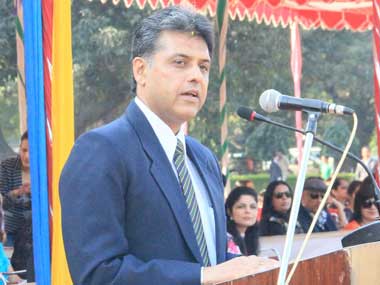 "It is sad and regrettable that the Leader of the Opposition has used inappropriate language in her press conference. To say that Congress President Sonia Gandhi instigates Congress members to create trouble is nothing but condemnable," Tewari told reporters in New Delhi.

He was reacting to Swaraj's claim that Gandhi had instigated ministers to prevent her from speaking in the Lok Sabha.

"In the last 15 years since she assumed the position of Congress President, she (Gandhi) has very carefully and very seriously followed Parliamentary decorum within and outside Parliament," Tewari said.

Attacking the BJP, he said, "the reality is that the Opposition and especially the BJP agrees to normal functioning of Parliament but then always goes back on its words."

On Swaraj's references to the time frame for getting Parliament nod for the Union Budget, the minister said perhaps the Leader of the Opposition had misunderstood Constitutional provisions.

"The Budget has to be passed by Parliament not in 65 days of its presentation but within 75 days," Tewari said.

"So, once again we wish to tell the BJP that in a democracy there is a need to take a constructive approach and not sacrifice Parliamentary propriety and traditions at the altar of politics," he said.