It is a matter of a few hours now. And depending on which way the wind blows today, it could either be Jayalalithaa retaining power or M Karunanidhi taking over the reins in Tamil Nadu.

Ramadoss earlier conceded defeat but defended his stand on PMK going it alone in the state.

The numbers are not so close anymore. Gap widens as CNN-News18 puts AIADMK in the lead with 90 votes and DMK with 63 votes. Others have secured two votes till now.

A total of 344 candidates, including 96 independents, are in the fray in the polls held on 16 May.

Three-tier security has been put in place at the counting centres.

AINRC, AIADMK, BJP and PMK have contested on their own while the Congress in alliance with DMK.

Puducherry registered 84.8 percent polling, 2.11 percent less than the turnout in 2011.

According to CNN-News18, the DMK-Congress combine in Tamil Nadu is leading with two votes

The AIADMK has reason to be elated, as it is the first time after 1984 that a political front won two consecutive elections in Tamil Nadu.

Not enough words in dictionary to express my gratitude: Jayalalithaa

A calm but happy Jayalalithaa said:

But of course, when we discuss election results, can a Game of Thrones analogy be far away?

The Khaleesi is back! #TamilNadu #Verdict16 pic.twitter.com/miFM3xmfAT

There is a long list of senior BJP leaders who have congratulated J Jayalalithaa on her victory. The most recent one is Home Minister Rajnath Singh.

Congratulations to Tamil Nadu CM Dr. J Jayalalitha on her victory in assembly polls. My good wishes to her on her second consecutive term

And it's time for the bouquets for Jayalalithaa

Tamil Nadu CM Jayalalithaa is a picture of contentment as she greets people who have queued up to congratulate her on her win. That's a whole lot of bouquets for one day.

WATCH: Congress supporters celebrate as party wins 8 seats and is leading in 2 seats in Puducherry #Election2016https://t.co/eaxEYEjyYa

Congress supporters celebrate as Congress wins 8 seats and is leading in 2 seats in Puducherry #Election2016 pic.twitter.com/K8Jibb2XqC

Speaking to the media in Chennai, AIADMK supremo J Jayalalithaa thanked party cadre and the people of Tamil Nadu for putting a full stop to family rule. Jayalalithaa, who created history on 19 May by returning for a second consecutive term as the chief minister, promised to fulfil all the promises made in the poll manifesto:

"People have put a full stop to family rule," she says. "The historic win upholds democracy. I promise to make Tamil Nadu the number one state in the country."

The 68-year-old AIADMK supremo, known as 'Puratchi Thalaivi' (Revolutionary Leader), has cemented her image as a fighter despite challenges that haunted her in the form of corruption cases forcing her to quit twice, only to make a comeback.

Though she had MG Ramachandran (MGR) as her mentor, she struggled in her initial days in the party and went on to became its general secretary, a post she has held since 1989.

She vowed in 1989 not to return to Assembly unless she is the chief minister and is now preparing to be sworn-in for the sixth time. 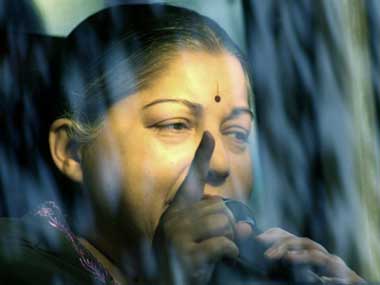 Even as the Congress has suffered major electoral losses in the assembly elections, it continues to shield party vice-president Rahul Gandhi from the blame. A party spokesperson has rejected suggestions that Rahul Gandhi should accept the blame for the debacle, PTI reported.

It is a matter of a few hours now.

And depending on which way the wind blows today, it could either be Jayalalithaa retaining power or M Karunanidhi taking over the reins in Tamil Nadu. The state went to polls on 16 May, and all the parties — notwithstanding what the pundits say — are sounding upbeat. Be it Jayalalithaa's AIADMK or Karunanidhi's DMK, the rival outfits are claiming they will outsmart the others.

Even the Pattali Makkal Katchi (PMK) of Anbumani Ramadoss is hoping that luck would smile on it, though the party didn't quite figure in the exit polls.

The PMK claimed that it will give a massive jolt to the main Dravidian parties, and surprise everyone. Much ahead of the assembly election, the PMK began its campaign and shed the Vanniyar caste identity by fielding candidates from other communities.

In fact, the party is strong in 122 constituencies across 15 districts with a sizeable support base.

"The polling percentage in the constituencies in these districts were high. We feel that besides consolidation of Vanniyar votes, we will be supported by the youths and other segments due to Anbumani Ramadoss factor," PMK leader K. Dhanaraju told IANS.

"The PMK will jolt others in the 2016 assembly elections," Dhanaraju added. But the main Dravidian parties are dismissive of their rivals. "We will win the election again and retain power," AIADMK spokesperson CR Saraswathi told IANS. She said the exit polls that predicted a DMK victory were irrelevant.

Chief Minister and AIADMK general secretary Jayalalithaa sought a mandate for another term, saying her government has implemented several welfare schemes like subsidised canteen, cement, bottled water, and medicines, among others. Add to that the freebies doled out — from mixer grinder, laptops to cattle.

The AIADMK fielded 227 candidates, leaving seven seats for its allies. But all of them contested with the AIADMK symbol of two leaves.

Jayalalithaa promised free mobile phones for all ration card holders, 50 percent subsidy for purchase of scooters by women, free power up to 100 units and the like, if the party retains power.

But the DMK hopes that supremo Karunanidhi's name will help it sail through. The DMK has aligned with the Congress, two Muslim parties and smaller outfits. Karunanidhi had said that the DMDK of actor Vijaykanth and its allies may eat up the vote share of the AIADMK but in the end these parties will not impact the DMK's prospects.

"Our party's poll promises has reached the people well. On the other hand, the promises made by AIADMK boomeranged. The people are asking why the AIADMK government did not act on these promises in the last five years," DMK's former member of Parliament R Thamaraiselvan told IANS.

Meanwhile, tight security has been put in place for the counting of votes on Thursday, a senior election commission official said. "The counting will start at 8 am on 19 May," Chief Electoral Officer Rajesh Lakhoni said. Elections for the 232 of the total 234 constituencies were held on May 16. The Election Commission postponed elections in Thanjavur and Aravakurichi constituencies after complaints of large-scale distribution of money to voters by various political parties and their candidates.

A total of 3,728 candidates are in the fray in these 232 constituencies.