Pune: BJP leader and Rajya Sabha member Subramanian Swamy took potshots at the Congress on Sunday, saying that the party which once imposed Emergency in the country is now talking about `intolerance'.

Swamy was in Pune to speak on 'Intolerance: Reality or Illusion', a lecture organised by a city-based organisation. 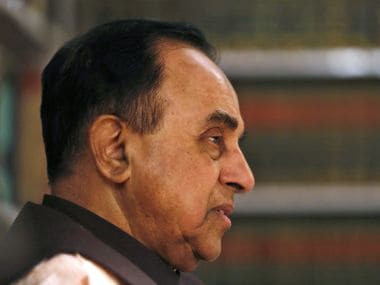 "The party which imposed Emergency in the country is now talking about intolerance," he said.

The Congress, losing election after election, was left with no issues, and therefore created this bogey of intolerance, he said.

Film-maker Madhur Bhandarkar had approached him and spoken about his wish to make a film on the Emergency, Swamy said.

"I encouraged him and told him that people will welcome it, and those who will oppose it, they too will make the film popular," he said.

The Congress is scared of Bhandarkar's coming film Indu Sarkar (which has the Emergency as its backdrop) because it doesn't want people to be reminded of those days, he said.

"Is this (Congress' opposition to the film) not intolerance?" Swamy said.