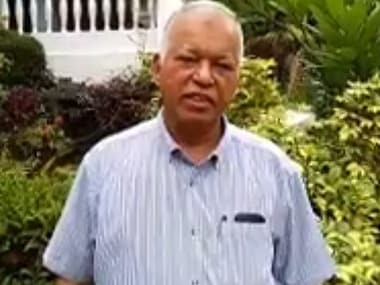 Faleiro had tendered resignation claiming that "some MLAs feel that his continuation was creating hindrance to the formation of party's government in Goa".

"The party high command, as well as the state party president himself, informed all the MLAs that his (Faleiro's) resignation has been accepted by the AICC president," the opposition leader told reporters.

Kavlekar said the party leadership was initially reluctant to accept Faleiro's resignation, but he insisted on being relieved of the responsibility.

He said a new president of the Goa Pradesh Congress Committee (GPCC) would be appointed once the Congress vice-president Rahul Gandhi returns from his foreign tour.

He said the Congress will hold elections for the posts of state unit president and vice-president, besides for the executive committee, between 16 September and 15 October this year.

The Congress, which won 17 seats in the recently-held Assembly elections, failed to form the government despite having a numerical advantage over the BJP.

While the Congress was busy in deciding their leader, the BJP forged an alliance with the Goa Forward Party, the Maharashtravadi Gomantak Paksha (MGP) and independents, and formed the government under Manohar Parrikar.