New Delhi: Congress president Sonia Gandhi did not attend the World Sufi Forum meet in New Delhi or give any written speech, organisers of the conference said on Monday. 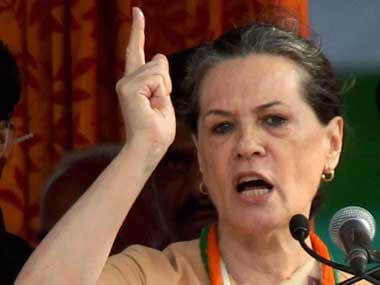 The remarks or the organisers came a day after Parliamentary Affairs Minister M Venkaiah Naidu said on Sunday that "in a gap of two days Prime Minister and Congress president addressed Muslim forum and the message of both leaders was different as chalk and cheese."

Expressing happiness over the World Sufi Forum having brought together scholars, clerics and theologians from over
20 nations, Naidu had said in press statement on Sunday, "Prime Minister''s speech reflected the glory of Sufism. Islam is a religion of peace and there is a need to delink terror and religion.

"PM’s Speech was welcomed by one and all and it was positive. Congress president’s written script conveyed dark
message that nothing is going right in this country. Prime Minister’s speech was raising hope; Congress was trying to manufacture fear."

Hasan Jamee, the national secretary of All India Ulama and Mashaikh Board, which organised the event on 17 March,
however, said, "Sonia Gandhi did not attend World Sufi Forum nor we received any message or speech her. We had not invited political leaders. We had only invited the Prime Minister for the inaugural session."

The organisers of the four-day long event said that there seems to be "some miscommunication" and the minister may be referring to an earlier event in which Sonia Gandhi's written speech was read out.

In an earlier event ‘National Integration Conference’ organised by Jamiat Ulama-i-Hind in Delhi on 12 March, Sonia
Gandhi's written speech was read out in which she had said that the country was passing through a "critical phase" as those in power were "spreading hatred" by targeting secularism and had underscored the need to bring together people from diverse backgrounds to fight it.

"As you know, the country is passing through a critical phase. Powers that be are spreading hatred across the country. Especially, secularism is being targeted. It is a matter of concern.

"In such a situation, it is an important work to bring together people forgetting their religion, caste, colour and
race," Congress leader Ghulam Nabi Azad had quoted Gandhi as saying in the message.