Slaves of Our History

The millions sold into servitude within India and abroad have been erased from our national memory, but they haunt our present, scarring our culture and polity

In 1399, the magnificent Bibi Khanum mosque began rising in Samarkand, the new capital of the last great nomadic conqueror of Eurasia’s steppes, Amir Taimur. Its magnificent domes were large enough to house all the city for Friday prayers, and its walls covered in spectacular ornamentation. For a time, it was among the Islamic world’s most important buildings. Today, thousands of Indian tourists visit the ruins, few realising it was built by their ancestors: masons brought after Taimur sacked Delhi in 1398, reputedly seizing over a 100,000 Hindu slaves.

Few countries have been as thorough as India in erasing the savage memory of being a nation of slaves and slave-owners. There is not a single memorial to the hundreds of thousands trafficked to Central Asia; nor to the Indians enslaved by other Indians on the Kanara coast, or in Bihar.

But the shadow of this history hangs over our present. Today, data shows, India has the highest number of modern slaves in the world. The country’s tolerance of inequity and violence against the poor, as well as the culture of deference which legitimise them, are living
relics of its slave-trading past.

The great slave bazaars
Every medieval military campaign flooded Delhi’s markets with slaves, captured from the ranks of enemies who resisted the expansion of Khalji, Tughlaq and Mughal power. “No day goes,” chronicler Shihabuddin al-Umari recorded during Alauddin Khalji’s rule (1296-1316), “without the sale of thousands of slaves.” “His informers stated that a slave girl in Delhi cost eight tanka, those fit for service as well as concubinage 15 tanka, while an adolescent slave boy went for four dirham,” historian Shadab Bano wrote.
The crash in prices, though, still allowed for the sale of certain slave girls for 20,000 tanka or more, al-Umari wrote, because of their “perfect beauty and other things which words cannot describe.”

Following the defeat of Shah Jahan’s forces at Balkh in 1646-1647, his soldiers were enslaved in huge numbers. In 1589, a 33-year-old male Indian slave sold in Samarkand for 225 tanka but after the defeat, the price tanked to 84 tanka.

In early 1600s, Dutch chronicler Fracisco Pelsaert recorded that Abd Allah Khan Firuz Jung, an Uzbek noble appointed to govern Kalpi for the Mughals, subjugated local rebels by beheading the leaders and then “enslaved their women, daughters or children, who were more than 200,000 in number”.

The trade was well established. Emperor Babur’s memoirs say, “Down to Kabul, come every year 7,8 or 10,000 horses, and up to it, from Hindustan, come every year caravans of 10,15 or 20 thousand heads of houses, bringing slaves, white cloth, sugar candy, refined and common sugar, and aromatic roots.”

For the most part, slaves from India were traded for horses from Central Asia, imported in great numbers for the cavalries of the Delhi Sultanate and the Mughals.

There was also a regular traffic of slaves into India—Turks, in particular, who were valued for their military skills, as well as Tartar and Uzbek women to serve in the seraglio.

From Shadab Bano’s work, we have some glimpses into diverse individuals who made up the traffic in Indian slaves across the Hindu Kush: Minhaj Siraj, who travelled from Delhi to Multan in 1269 with slaves as present for his sister in Afghanistan; Hindu Khan, a Mathura native purchased by the Persian merchant Fakhr-ud-Din Safahani; Sumbul, the Indian who served in the court of Constantinople.

In early modern Central Asia, historian Scott Levi writes, “virtually every affluent household included several slaves to look after its affairs and maintain the garden, and large numbers of slaves were used to cultivate the land”. For instance, in the late 1600s, nobleman Sheikh Khwaja Saeed was reported to have “1,000 slaves of Indian, Qalmaq and Russian origin”.

There’s no way to estimate the actual numbers of Indian slaves in Central Asia but small sets of letters studied by Levi suggest over half of those sold or freed in Samarkand in the late 1500s were Hindus.

Mughal emperors Akbar and Aurangzeb made efforts to rein-in the export of slaves. From 18th century on, the numbers of Indian slaves in Central Asia dropped, with Iranians making up the bulk of the population along with Russians.

East India Company intelligence officer Mohan Lal Kashmiri, on an undercover expedition in Bukhara, saw Indians and Jews being “ill-treated, “but not sold as slaves, as none bought them, regarding them as base and unpurified”. His superior, Arthur Conolly, visited the slave market at Khulam, and watched men bargain for “a very beautiful Persian girl, so beautiful that, I beg to state, I have not seen the like of her”.

“A neck a cubit long, eyes as large as a cup, her tears fell like the rain in spring, and she was altogether so lost in grief that she seemed bereft of her senses.”

Landscapes of misery
Seen through eyes trained by the present, it’s tempting to view the Central Asian slave trade as a part of India’s toxic Hindu-Muslim history. There’s no doubt religion had some role in the slave trade. “Because of their identification as kafirs, non-believers, Hindus were especially in demand in the early modern Central Asian slave markets,” Levi writes. “They were by no means, however, the only ethnic or religious group present in large numbers.” There were also Persian shia, held in contempt by sunni Uzbek and Turkoman slave traders, as well as Russian Christians.

But the religious laws of Hindus and Christians also permitted and legitimised slavery, just as those of Islam. Till late in the colonial period, members of all faiths traded in slaves.

Historian Sumit Guha’s work reveals Peshwa ruler Balaji Bajirao writing to an aide in 1743, “You were instructed to buy and send me two beautiful ten-year-old girls. Despite this, you have not sent them. Let this suffice as a reminder.”

In another letter, Bajirao thanks a Jayappa Desai for the gift of a European musical instrument, and “two women of the best quality”. In 1801, British colonial administrators estimated that the southern division of Kanara had 52,022 slaves out of a population of 396,672, Barkur Udaya tells us. Prices for men ranged from Rs 12 to Rs 26, of women from Rs 10 to Rs 24, and a child up to Rs 8.

Slavery was widespread in Bihar in the 19th century, historian Mukesh Kumar has found. The districts of Bihar and Patna were home to 56,370 slaves in 1839, with children under seven selling for Rs 10 and 15-30 year olds for Rs 50. In times of famine, though, prices dropped sharply, to 12 anna, with families willing to sell their children, or starving people themselves.

Portuguese buccaneers and Arakan pirates, the traveller Francois Bernier records, emptied villages along the Bengal coast, attacking populations during festivities and weddings. Shadab Bano reminds us that Arakanese slaves were not only sold in Chittagong but trafficked onwards by local traders.

Portuguese sailors operating from the Malabar coast supplied slaves to plantations in Indonesia and Sri Lanka until the late 1600s. French colonials, too, inflicted brutal violence on their slaves. In a case from 1710, studied by historian Aniruddha Ray, a boy was punished for a petty theft by having his ear cut off.

Like so many societies across the world, India was one where the ownership, and trade in humans was the norm—legitimised by faith, and condoned by tradition. Even Imperial Britain—its high moral position on slavery notwithstanding—would make its peace with this reality.

By other means
“Wanted by a Gentleman now in Calcutta,” reads an advertisement in Hickey’s Gazette in 1780, “two very handsome African ladies of the true sable hue, by the vulgar commonly called Coffrees. They must not be younger than 14 years each, nor older than 20 or 25. They must be well-grown girls of their age, straight-limed and straight-eyed.” Even though Europeans travelling to Central Asia in the 1830s, like Conolly, were horrified by the slave markets they saw, things were not dissimilar in the India they ruled.

In 1774, the East India Company made some moves towards limiting the trade, requiring legal deeds and prohibiting the sale of anyone not already enslaved. The legislation was reissued in 1789, after a Danish captain, Peter Horrebow, was caught smuggling 150 Bengalis to what is now Sri Lanka. In 1811, it also banned the import of slaves.

Though the United Kingdom abolished slavery across its territories in 1833, the territories of the East India Company were exempted. It wasn’t until a decade later that the Indian Slavery Act of 1843 prohibited company employees from dealing or owning slaves.

An article by imperial administrator Henry Frere makes clear the sheer scale of human misery: “the lowest estimate I have been able to form of the total slave population of British India, in 1841, is between eight and nine millions of souls”. In 1834, there were under a million slaves in all the British colonies.

In the mid-19th century, slavery was formally prohibited but continued by other means. The British introduced a new system of indentured labour, to replace slaves who no longer were available.

Though indenture was notionally voluntary, British administrator Richard Sheridan noted plantation owners “continued to apply or sanction the means of coercion common to slavery, and in this regard the Indians fared no better than the ex-slaves”.

Historians estimate that up to two million indentured Indians were shipped to the Caribbean, the Indian Ocean islands and Africa before the system was abolished in 1917, mainly on account of declining profitability.

In 1974, decades after Independence, India passed the Bonded Labour Act, outlawing the last vestiges of slavery. In practice, though, it continues. The Global Slavery Index, 2016, estimated that there were 18.3 million slaves in India: bonded labour, child labour, trafficked humans. In spinning mills of Tamil Nadu, on farms in Odisha, in quarries of Rajasthan, and brick kilns in Punjab, slavery is commonplace.
The teenaged maid who committed suicide in the Faridabad home where she was incarcerated; the Odisha farmhands tortured in Rajasthan; the fact that a sewer worker, on average, dies every five days for lack of safety equipment: these stories tell us something about the persistence of slave-owning culture among Indians.

Perhaps, this ought not surprise us: centuries of culture are not easily erased. Yet, it’s clear the secret story of slavery in India has shaped our attitudes, and our lives.

India, unlike so many other slave-trading and slave-owning nations never had a mass anti-slavery movement; the ideas of human equality, thus, never flowered at the level of everyday culture.

“Her tears fell like the rain in spring,” wrote Conolly of the Persian slave he encountered in Khulam. Those tears still fall, on our streets, in our workplaces, and in our living rooms. 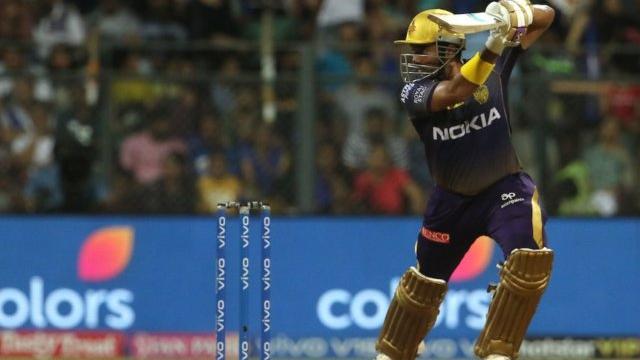 'I was thinking how I would survive this day': Robin Uthappa speaks about his battle with depression and suicidal thoughts 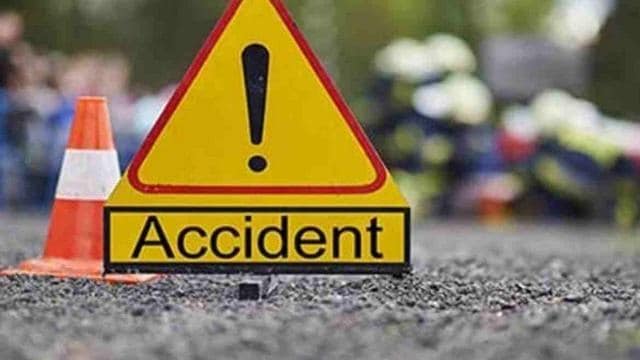 Nine killed, including three women and two children, in collision between SUV and container truck on Lucknow-Prayagraj highway