Sexism infects every party in India

Sexist jibes at woman politicians that demean the quality of public discourse and strengthen prejudices are not about their abilities, but are attacks based on assumed gender characteristics

Last year, during a protest against rising fuel prices, I sat on the shoulders of a male colleague and was trolled for hours for what was labelled as “unwomanly behaviour”. The year also saw my colleague and external affairs minister Sushma Swaraj being trolled on Twitter for expeditiously granting passport to a Hindu-Muslim couple and ordering the transfer of an official who mistreated them. No one from her party came to her rescue when abuses were hurled at her. My party colleague Renuka Chowdhury and Bahujan Samaj Party president Mayawati had to face unparliamentary and undignified remarks in Parliament. More recently, All India Congress Committee general secretary (Uttar Pradesh East) Priyanka Gandhi Vadra was the subject of a string of sexist social media posts directed at her physical appearance drawing a comparison with Prime Minister Narendra Modi, forcing us to file an FIR against such trolls.
Through their careers, most women politicians face sexist and foul remarks, and it is across the board. No matter how far they go into politics, sexism is rampant. Power corridors too offer little protection from such abuse. Sexist remarks and sexism are the norm, not the exception. Come election season, such attacks get more vicious.

Though most of us develop a thick skin in the course of our careers, there is nothing more demeaning than a sexist jibe because it isn’t a remark on your ability or the lack of it, but an attack based on an assumed role characteristic of your gender. We step out of it by joining politics. The reality is sexist remarks not only degrade the quality of public discourse but also strengthen stereotypes and prejudices against women. For a woman to enter public life is an act of conspicuous bravery and hard work; it is breaking of more than 5,000 years of social norms that re-enforce that power should rest with the man. Therefore, every sexist remark against a female politician, irrespective of where she stands in the hierarchy, disables thousands of women who want to join politics. It also disregards the effort of those who made it that far. It really doesn’t matter which political party you belong to.

This is a reason why we must have a conversation about these taunts, which go beyond mere whataboutery. How can we do it differently? For instance, a lot of women and political outfits when faced with police inaction throw or flash bangles at these officers, drawing from the phrase “Chudiyan pehen rakhi hai”. This oft-repeated gesture illustrates that the use of language builds within itself certain attitudes.

I have actively discouraged this practice because the language of oppression is not merely about sex or gender, it extends to gender non-conformity. When we say something as simple as “Boys wear blue, and girls wear pink”, we enforce gender conformity.

To expand upon this further, in the aftermath of the Nirbhaya gang rape case in 2012, The Hindu ran a powerful editorial in January 2013. Titled ‘The Rapist in the Mirror’, what set the piece apart, and was eventually taken up by the Justice Verma Committee report, was its focus on the dysfunctions among urban young men caused by the behaviour society expected of them. This dysfunctional masculinity was rightly thought to be responsible for rape and gender-based violence. The dysfunction trickles down into the day-to-day functioning of these men.

The Verma Committee drew from The Hindu and various other pieces of research to say that we needed to change how we viewed genders. That we as a society, child or adult, were in need of sensitisation—not a one-off occurrence, but a continuous process that would change the way we view the world over centuries. Over the years, as a lawmaker and as a woman, both the Verma Committee report and this article have stayed with me.

Gender biases at any stage of a person’s life, be it a man or a woman or a transgender, is reflective of certain attitudes that have been crystallised and accepted as the norm in society regardless of the word of the law. Gender biases manifest in verbal, physical and even sexual violence. The first step towards dealing with continuing attitudes of gender inequality and violence is to inculcate gender sensitisation in society. This can begin from elementary education itself. An approach to positive masculinity and breaking down the conventional gender roles is necessary. A continuous programme—beginning at six years of age and going well into college education—that addresses the menace of gender-based violence is the need of the hour.

A gender-sensitisation programme called Consent Classes has been initiated for schoolchildren by the NGO No Means No Worldwide in Nairobi, Kenya. I along with my colleagues demanded from the human resources development minister that this be made a part of the Indian system as well. But that doesn’t mean that it stops once you are out of college. It has to be a continuous process and the first consent classes should be held for public representatives. Public representation has to necessarily be about the sort of society that we want to be. When a leader makes a sexist remark, it echoes in society and is a step back in the quest for equality. Model behaviour is expected of our public representatives.

To mitigate sexism in politics, I am of the belief that beyond internal complaints committees that focus on the remedy, all political parties should have as a preventive measure regular gender-sensitisation trainings for their cadre as well as leaders to make their outfits a comfortable space. Though I wrote to the Speaker on March 8, 2018, about gender sensitisation of all parliamentarians, I never got a reply.

Sushmita Dev is the All India Mahila Congress president and is seeking a re-election from Silchar, Assam 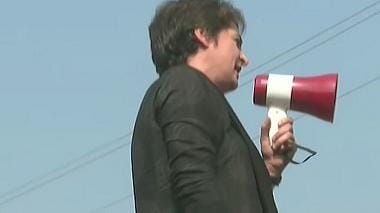