Mumbai: The Shiv Sena on Wednesday asked Prime Minister Narendra Modi "to stop maligning India on foreign shores" with his public utterances on corruption in the country.

The Sena took strong objection to Modi's repeated statements criticising the corrupt systems in India during his foreign trips, saying this would prove counter-productive in the long run.

"The PM said publicly in Doha how India was steeped in graft, and outlined the measures he had initiated to clean up the mess. The gathering clapped and cheered him. This is nothing but maligning the country's fair image abroad," the Sena said in an editorial in its mouthpiece Saamna.

It wondered who was responsible if there was talk of corruption among the masses even two years after a Bharatiya Janata Party-led government took charge of the country. 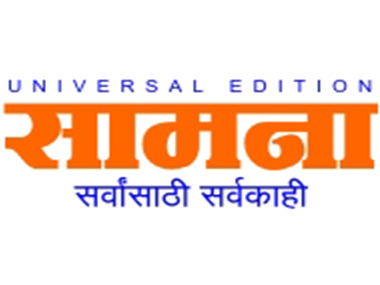 "The (corruption) matters coming up in (BJP-ruled) Gujarat, Maharashtra and Madhya Pradesh — can the Gandhi family be still blamed for it?" it asked.

"The PM knows better. He's the country's face and the world has faith in him. But the world may also misinterpret his statements abroad and this could directly hit our economy," the Sena cautioned.

Chiding Modi, it advised him to criticise corruption and other ills plaguing India domestically and tackle them effectively.

"Enough has been spoken about the alleged corruption of Gandhi family and Robert Vadra. Now, its time for action against them. No need to travel to Europe and America shouting about it," the editorial said.

"As a nation we are all united, and despite our political differences, we are like a big 'undivided family' and this is the image which should be presented before the whole world."

"The Swiss economy thrives on stash monies from all over the world and they will never reveal whose black money is lying there.

"Modi had assured Rs 15 lakh to each Indian by bringing back the hidden money in foreign banks. But all this must be done very discreetly," the Sena said.

Anyway, it pointed out that there was enough black money within India. "So what is being done about it?"

The Sena said India must be the only country in the world where it's a sin to eat beef, mutton, chicken, eggs, fish, garlic and onions but it is no crime if public money is stolen.