New Delhi: The CPI on Friday clarified that its leader D Raja had paid a visit to Justice J Chelameswar in his personal capacity and not as a representative of the party.

"Raja went (to Justice Chelameswar's residence) in his personal capacity, not as a representative of the party," CPI general secretary S Sudhakar Reddy said. 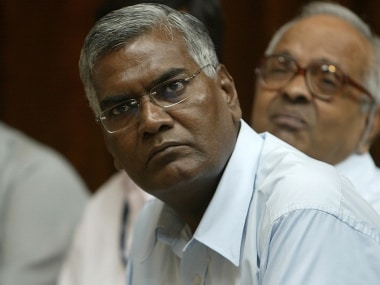 He dismissed the speculation that the CPI wanted to meddle in the controversy surrounding four senior Supreme Court judges mounting a virtual revolt against Chief Justice of India Dipak Misra and said it was a "misunderstanding".

"It is a misunderstanding that the CPI wants to meddle in this controversy. The judiciary itself has to solve the problem. It is a very important issue. The advice of former CJIs and prominent jurists should also be taken into account and the confidence and credibility of the Supreme Court should be re-established," Reddy said.

Raja's meeting with Justice Chelameswar, after a press meet convened by the four apex court judges, had led to a controversy, but the CPI leader maintained that he paid a visit to the Supreme Court judge as he knew him from his student days.

He also said that Justice Chelameswar told him that the judges had done what they had to do and that it was now for the public and government to decide on the next course of action.