The Supreme Court on Friday issued defamation notices to Delhi Chief Minister Arvind Kejriwal after his remarks alleging that Telecom minister Kapil Sibal had given favours to Vodafone as his son Amit Sibal was their lawyer. 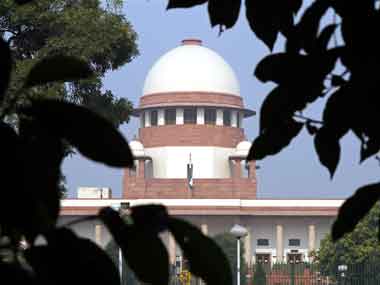 The notice has been issued on a petition filed in the Supreme Court by Amit Sibal.

Amit had filed the defamation suit against Kejriwal and other AAP leaders in a Delhi court, which then issued legal processes against them in July 2013.

After being summoned by the trial court, Kejriwal and Bhushan moved the Delhi High Court seeking discharge from the case. The high court, however, refused to quash the proceedings against them and on 16 January this year told the trial court to consider the discharge plea of the AAP leaders.

Amit then challenged the HC order in the Supreme Court alleging that it was beyond the provisions of law.

Last month, Kejriwal had named Kapil Sibal in his list of corrupt politicians, to which the union minister shot back saying Kejriwal should either prove the allegations or quit his post.

"I was surprised that a person who is holding the post of chief minister has levelled an allegation against me. His intentions appear to be malafide, otherwise he would not have levelled such baseless allegations," Kapil said, further saying, "I give him two days to hand me the proof of my corruption otherwise he should resign from his position."

The law minister also said that if Kejriwal was able to prove his allegations, then he would resign as a union minister and also quit politics.

"I have already warned him and I say it today also. No one has so far made allegations against me about my public life. There are no complaints against me. There are no FIRs. If he is able to prove that I have been convicted by a court in a corruption case, I will not only resign as minister, but also quit active politics," he said.