Speaking to reporters after the five-member delegation met the PM, senior CPI(M) leader Sitaram Yechury said investigation is happening in a "piecemeal" fashion through different agencies. 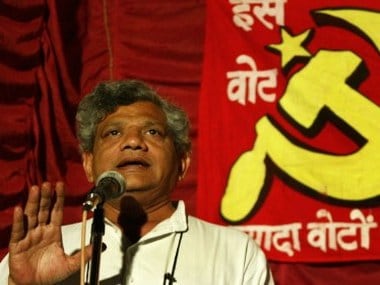 He noted that the SEBI, the SFIO and CBI, which is conducting an investigation on the Supreme Court's direction, were all conducting probes.

"The Supreme Court itself observed that there is a larger conspiracy and this extends beyond West Bengal, Tripura, Odisha, Assam and various parts of the eastern India and in the country.

"So we have requested the Prime Minister that since many of these agencies come under the Central government, there should be a coordinated investigation.... to reach the bottom of this scam," Yechury said.

He said the Prime minister had assured them that he would take up the issue seriously.

In response to a question as to whether the delegation had sought a probe against the West Bengal Chief Minister, Yechury claimed that in the memorandum "they have mentioned that those who have been caught have given out many names, including that of the Chief Minister".

"Whoever it is and on whichever position, if there is suspicion and their name figures, there should be
investigation," Yechury said.

He also said that crores of people, who have been looted should be compensated by confiscating the properties of the companies involved in scams.