Arhar Modi: If you are laughing at Rahul Gandhi's jibe the joke's really on you

Had this been Noise Hour, everybody who laughed at Rahul Gandhi's 'Arhar Modi' jibe would have easily qualified as anti-national. But, let's look at this as sane, intelligent and conscientious Indians.

Indians are paying a ransom for buying pulses, the aam aadmi's biggest source of protein. And the price has gone up exorbitantly under the Narendra Modi government.

On Friday, Gandhi brought down Modi from his divine pedestal (Har, har) to a perishable (Arhar) commodity, citing the prices of pulses in particular and inflation in general. In response, finance minister Arun Jaitely argued prices have been contained by the NDA government. 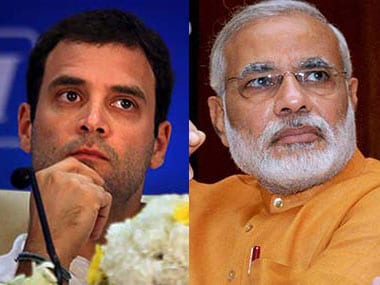 Gandhi may have made thousand gaffes in his political life. Such is his record in public speaking, that it is often difficult to take him seriously. But, on Arhar daal, he is cooking the Modi government goose just right.

Chew on this: How does a commodity that is sold by farmers in Delhi's Najafgarh at Rs 72 per kg costs Rs 175 to a consumer just a few km away in Delhi's Dwarka?

Prices of other popular pulses are also facing the same trend. Other varieties like chana, urad and moong also have seen similar spikes.

In 2014, the difference between the wholesale and retail price was around Rs 35/kg. How has it gone up to Rs 100 now?

Has the cost of storage and transportation gone up dramatically? No. Then, where is this additional amount of Rs 100 going?

The government's apologists claim Modi sarkar is paying the price of the previous government's follies and two years of bad monsoon. The first argument is partially correct. Successive governments failed to promote sowing of pulses to ensure the gap between demand and supply doesn't widen. As a result, every year it goes up.

It is true that two years is a very small time to address India's accumulated daal shortfall. It takes a while for investments in soil, fertilisers, irrigation to yield results. But, the Modi government could have at least promoted the sowing of pulses by making it more lucrative through increased MSP (short-term measure) and with long-term investments in agriculture, soil and irrigation.

Is Monsoon entirely to be blamed?

The answer is simple. Aware of the impending shortfall, a cartel of hoarders, traders and importers spiked the prices artificially. As The Economic Times pointed out: "This decline (in production) appears to have been seized as an opportunity to make a quick killing by traders — both domestic and global. There are reports of pulses stocks lying in warehouses at ports as traders wait it out and allow shortages to pump up prices even more. And, exporters in touch with producers from Canada (mainly lentil or masur), Myanmar (mainly tur) and Australia (mainly chickpeas or Kabuli chana) have hiked up the rates because India is the biggest player in the pulses import market."

Farmers get Rs 45-50 for every kg of daal they produce. When imported, pulses stay in the Rs 40-55 price band. Yet, when daal reaches consumers, it is priced above Rs 170 per kg. That is an obscene profit.

Count the zeroes. If you are still laughing at Rahul Gandhi, the joke is on you.

And those who made this money are laughing at you.