Congress general secretary Rahul Gandhi has told the Supreme Court that allegations that he had abducted and sexually exploited an Amethi girl  - as made out by a former MLA of the Samajwadi Party - were "false, malicious and baseless."

Kishore Samrite, a former Samajwadi Party MLA from Madhya Pradesh, had in a petition filed before the Lucknow bench of the Allahabad High Court, alleged that Sukanya Singh, 24, and her parents had been "untraceable" since January 2007, barely two weeks after Rahul Gandhi and his five "foreigner friends" had allegedly sexually assaulted Sukanya. 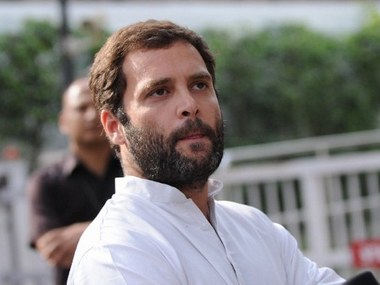 Rahul Gandhi has dismissed the charges as baseless and motivated. AFP

Samrite claimed he had learnt of the alleged incident based on Internet reports, and had come to Amethi, but had found the girl's house locked - and villagers unwilling to discuss the whereabouts of the family. He alleged that the family had been abducted by Rahul Gandhi.

Samrite then filed a habeas corpus petition before the Allahabad High Court, but the court had in March 2011 dismissed his petition, imposed a Rs 50 lakh fine on him for making frivolous allegations, and ordered a CBI investigation into him.

The court directed the CBI director "to register a case against Kishore Samrite and all other persons who are found involved in the plot, if any, hatched in order to defame Shri Rahul Gandhi, Member of Parliament from Amethi."

The CBI lodged a case against Samrite under Sections 120 B (criminal conspiracy), 181 (false statement under oath), 211 (false charges to cause injury) and 499-500 (defamation) of the Indian Penal Code.

Samrite had then gone in appeal before the Supreme Court, which in April 2011 stayed the High Court verdict and issued notice to the Uttar Pradesh government and Rahul Gandhi.

Rahul Gandhi filed a counter-affidavit before a bench comprising Justices HL Dattu and CK Prasad. In it, he said: "I emphatically deny the allegation of rape and detention of the writ petitioners by me and say that both these allegations are false, malicious and baseless and no cognizance could be taken by any responsible person of such allegations made on websites."

Additionally, Rahul Gandhi requested the court to take action against Samrite for filing a "vexatious" petition to "harm my public image" and give a "political twist to the malicious allegation" that that he had kidnapped the girl and her family.