New Delhi: The Left parties on Thursday congratulated Ram Nath Kovind on his victory in the presidential poll against the joint Opposition candidate Meira Kumar. 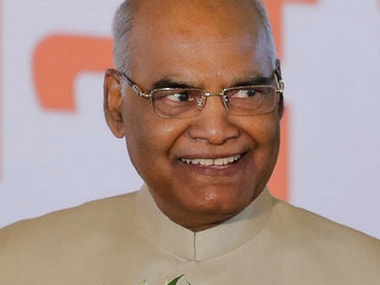 Ram Nath Kovind in New Delhi on Thursday after emerging victorious to become the next president. AP

The parties also congratulated Kumar for her "spirited" fight in the election. CPM general secretary Sitaram Yechury said on Twitter that the Opposition's fight for a "plural and equitable" India will continue.

CPI national secretary D Raja joined Yechury in congratulating the two and said Kovind should now act as a custodian of the Constitution. He observed the race to Raisina Hill was a "very dignified one", notwithstanding the different political and ideological lines followed by the NDA and the opposition.

Kovind (71), who will be the second Dalit to hold the top constitutional position, garnered 65.65 percent of the votes in the Electoral College. He received 2,930 votes with a value of 7,02,044, returning officer Anoop Mishra said.