New Delhi: Twenty-four persons have filed their nominations for the presidential poll till Wednesday, whereas no candidate backed by political parties has filed the papers for the top constitutional post so far. 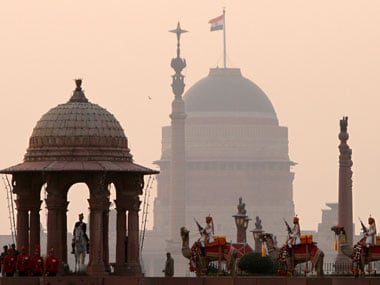 On the seventh day of nominations on 21 June, two persons submitted their papers. Agni Sriramchandran from Dharmapuri and Lalu Prasad Yadav from Saran were the two who filed their nominations.

Out of the 24 persons, eight nominations were rejected due to want of documents.

According to rules, every candidate who files a nomination for the post must attach a copy of their entry in the electoral roll of the parliamentary constituency in which the candidate is registered as a voter.

The candidates are also liable to be rejected if they do not have the mandatory signatures of 50 proposers and as many seconders from the list of electors.

Elected members of the Lok Sabha, Rajya Sabha and of state legislative assemblies constitute the electors.

Candidates also have to deposit Rs 15,000 each as security along with their nominations.

The presidential poll is scheduled to be held on July 17 while the counting of votes will take place on 20 July.