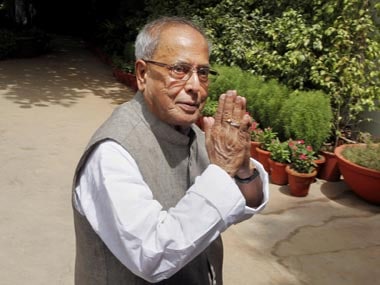 New Delhi: Outgoing President Pranab Mukherjee will be given a farewell by Members of Parliament on Sunday in the Central Hall of Parliament. Prime Minister Narendra Modi hosted a farewell dinner for the President on Saturday. Mukherjee's successor Ram Nath Kovind is also likely to be present on Sunday.

Mukherjee, who is also the Supreme Commander of the Armed Forces, was given a farewell by the Chiefs of Staff Committee on Friday.

In a simple function held at the Manekshaw Centre, the President interacted with senior military officers.