New Delhi: Dismissing the allegations of horse-trading, AAP on Wednesday lashed out at "disgruntled" former party MLA Rajesh Garg saying there was nothing "illegal and immoral" being in touch with Congress MLAs who, the party claimed, anyway wanted to break away.

AAP leader Ashish Khetan tried to justify the move saying that such type of political realignments keep on happening in the country and it cannot be considered as "poaching". 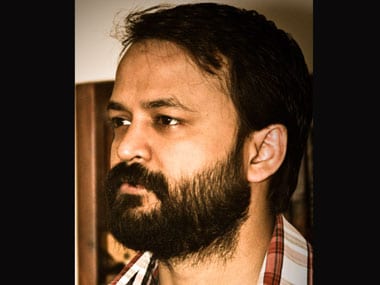 "Using the term horse-trading is far too harsh and irresponsible. We neither lured them with money nor did we offer them with any gains. Political realignments are not new in this country.

"Political realignment is not poaching. It is a truth in the country while horse-trading is fallacious," Khetan told reporters, adding BJP and PDP are poles apart ideologically and yet have formed government in Jammu and Kashmir.

Khetan alleged that it was the BJP which was involved in horse-trading while they were always in favour of elections. But the Centre did not take any step to ensure polls.

"You know what kind of attempts were being made by the BJP to form the government. We also did a sting operation on Delhi BJP vice-president Shersingh Dagar that he was offering Rs 4 crore. This is horse-trading," he said.

"They (Congress MLAs) wanted to join the BJP and came in touch with our legislators. Neither our MLAs nor the BJP or the Congress wanted polls. We wanted to take their support keeping people's welfare into consideration...," he said.

He lashed out at Garg saying he "is a disgruntled element who was denied a party ticket. He has an axe to grind against the party". An audio tape of purported conversation between AAP chief Arvind Kejriwal and Garg surfaced in which the AAP chief was heard talking about splitting the Congress to form the government in 2013.

Commenting on the letter of Prashant Bhushan and Yogendra Yadav, Khetan took a jibe at the two and said their basic premise that if AAP had to grow it had to lose is "childish".

"...the allegations in the National Executive that they wanted the party to lose if it had to progress. We found this logic too childish. It would have been death of party principles if BJP would have formed the government," Khetan said.