PM cannot be counted out of those involved in scam: Advani

New Delhi: Attacking Prime Minister Manmohan Singh, BJP today alleged that he cannot be counted out among those responsible for the slew of scams — from Commonwealth Games scandal to Coalgate — that have taken place in UPA dispensation.

Senior BJP leader LK Advani charged that there has not been a worse period in the entire history of the country since Independence than the last ten years — since UPA came to power. 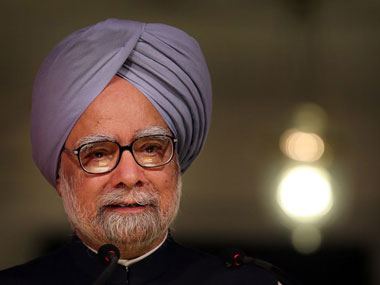 "Starting from the Commonwealth Games scam there have been several scams one after the other...From CWG to Coalgate. Initially they said our allies are involved, not us. Now even the Prime Minister cannot be counted out," Advani said.

He also targeted UPA Chairperson Sonia Gandhi, saying the PM does not do anything without her consent and permission, and hence she is also equally culpable in the scams, including the reported anomalies in Coal block allocations.

"The government is not made by one individual but comprises of several people," Advani said.

Advani insisted that the government cannot put all the blame for scams on its allies.

"Even during the Vajpayee government there were allies. But whenever there was a charge against any leader — even belonging to an ally party — he was asked to leave. There was, of course, no question of any charge being levelled against Atal Bihari Vajpayee or any BJP minister," he said.

Advani rued that though the country has an economist PM, the extent to which the economy has been mismanaged was not seen before. He further said there is policy paralysis in the UPA regime.

Raking up the issue of black money stashed abroad, Advani said though the UPA government brought out a White Paper on it under pressure from the Opposition, it has not been able to bring back any money kept illegally in foreign shores.

Advani also expressed his unhappiness at the arrest of whistleblower MPs from the BJP who had exposed alleged attempts to bribe them during the Trust Vote on 22 July, 2008 in Parliament. They were recently exonerated.