New Delhi: Amid the novel coronavirus scare, the security at Parliament has started thermal screening of visitors at all its entrances on Monday. With coronavirus being declared a pandemic by the World Health Organisation, the issue also dominated the discussion among MPs on Monday. 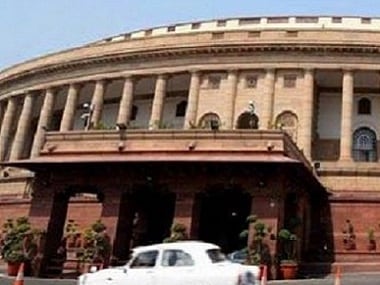 As the Rajya Sabha discussed precautions required to contain the spread of COVID-19, the members of both Houses said that a stringent screening process is required at every place of gathering, including Parliament.

Ram Gopal Yadav, Rajya Sabha MP of the Samajwadi Party suggested that thermal screening should be started at each of the Parliament gates to ensure that no infected person can enter the premises even as the number of those infected by the virus crossed the figure of 100.

BJD's Sasmit Patra called for precautions at ATMs and domestic airports and establishment of more testing facilities for the infection.

"There are many who withdraw money from ATMs and there are no sanitisers to cleanse the touchpad. I would like to suggest that there should be more screening at the domestic airport as well to contain the spread. I would like to reiterate that testing labs should be increased as the available number of labs are insufficient to deal with such a large population," said the Rajya Sabha MP.

Bhagwant Mann of AAP expressed concern over the persons who have fled due to the fear of being sent to isolation camps and called for more responsible behaviour. "I would appeal that everyone should get themselves treated and not jeopardise the health of others," said Mann.

Another BJP MP, Ravi Kishan who is an actor turned politician said that the film industry has been monetarily hit and that precaution must be taken to ensure that infection doesn't spread.