Opposition demands data on number of Indians stuck in Iraq

New Delhi: Opposition on Friday demanded a detailed response from the government in Rajya Sabha on Iraq issue, stating that there is no data on how many Indians were still stuck up there and said the Centre should show urgency in the matter as was shown during the Gulf war. 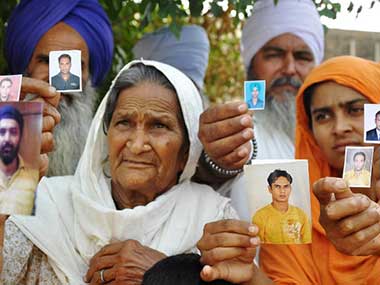 Raising the issue in the Rajya Sabha during Zero Hour, KN Balagopal (CPI-M) said the government should hold a discussion on the Iraq issue, saying only a few of the large number of persons working there having been evacuated so far.

He said that besides nurses from Kerala and some other parts of the country, there were a number of Indian labourers working there who had gone to Iraq via different countries.

Balagopal said the government does not have any data regarding how many Indians are working there and demanded that the kind of urgency shown during the Kuwait war by sending ships and aircraft to bring Indians from that country need to be shown this time as well.

Members from a number of parties associated themselves with Balagopal on this issue.

P Rajeeve (CPI-M) said Indians wanting to return are not being given back their passports and they are not being allowed to come back.

"It's a very serious situation," he said. Prabhakar Kore (BJP) also expressed agreement with Rajeeve, raising passport related problems of Indians in Iraq, but said the NDA government in Punjab has taken a number of support measures for those coming back.

As Opposition members pressed for government's response, Minister Thawarchand Gehlot, who was present in the House, said he will apprise the Minister for External Affairs of the sentiments of the members.