Raj Thackeray's Maharashtra Navnirman Sena (MNS) on Thursday unveiled a new flag bearing a 'rajmudra', which was the royal seal used by the Shivaji's empire, on a saffron background. The saffron-dominated revised design led to speculation in political circles about a possible ideological shift for the party, reports said. The party's earlier flag had saffron, blue, and green colours.

Raj's son Amit was also inducted into the party on Thursday. 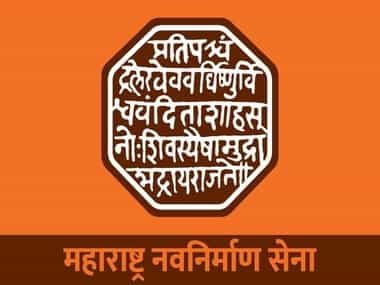 Raj unveiled the new flag at the party's plenary meeting in Mumbai's Goregaon.

During the inaugural session of the MNS plenary meet, he also paid respects to Hindutva ideologue VD Savarkar, and King Shivaji, BR Ambedkar and his grandfather Prabhodhankar Thackeray.

The MNS was set up in 2006 after Raj split from the Shiv Sena. In August 2019, he was questioned by the Enforcement Directorate in a money laundering case pertaining to alleged irregularities related to Infrastructure Leasing and Financial Services (IL&FS) loan to Kohinoor CTNL.