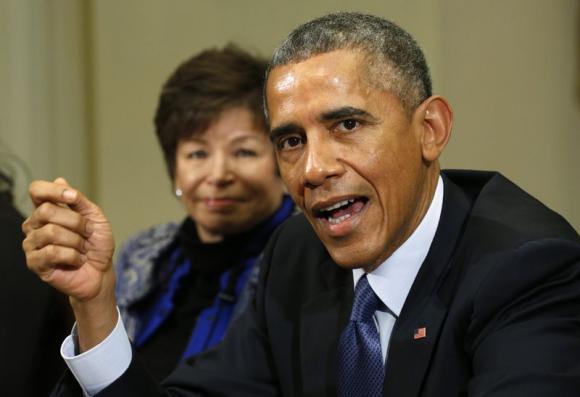 WASHINGTON (Reuters) - U.S. President Barack Obama said on Thursday Islamic State was a "brutal, vicious death cult" that was carrying out "unspeakable acts of barbarism" in the name of religion.

Speaking at an annual prayer breakfast in Washington, Obama said recent violence in Paris, Pakistan, Syria and other places across the world showed that faith and religion could be twisted to be used as weapons.

He said Islamic State militants, who earlier this week drew international outrage by releasing a video showing a Jordanian pilot being burnt alive, were "terrorizing religious minorities like the Yazidis, subjecting women to rape as a weapon of war and claiming the mantle of religious authority."

The video came soon after the militant group, prominent in Iraq and Syria, beheaded a Japanese hostage.

The United States is leading an international coalition against Islamic State, which gained notoriety in August by forcing some of the Yazidi minority of Iraq to flee their villages, while keeping others under house arrest for five months until January.