No controversy on appointment of new army chief: Arun Jaitley

New Delhi: Defence Minister Arun Jaitely said Tuesday there should be no controversy over the appointment of the new Indian Army chief, even as the BJP had opposed the outgoing government's decision on this days before leaving office.

"I believe there should be no controversy about the appointment of any person," Jaitley told reporters here when asked about Lt Gen. Dalbir Singh Suhag being named the successor of the army chief, Gen Bikram Singh. 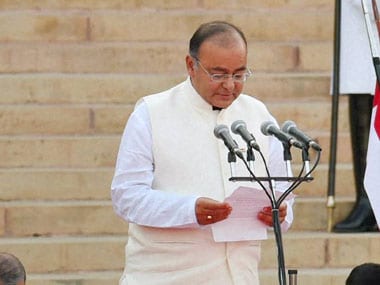 "There were some comments on the procedure which happened when the model code of conduct was there. This should not reflect on person concerned in any manner," added Jaitley shortly after he assumed office as the new defence minister, an additional charge he has with the finance ministry.

The Congress-led government took the decision to name Lt. Gen. Suhag the new army chief days before it left office. This was after the Election Commission gave its nod to making the announcement.

The Bharatiya Janata Party (BJP) had objected to the new army chief being named, saying there was no hurry and that the decision should be left to the new government.

The former army chief, Gen. V.K. Singh, had imposed a disciplinary ban on Lt. Gen. Suhag for a blotched intelligence operation in Assam. Gen. Bikram Singh lifted the ban soon after he took over in May 2012.