Nitish Kumar's frequent 'change of stand' does not show him in good light, says Virbhadra Singh

New Delhi: Himachal Pradesh chief minister Virbhadra Singh on Thursday said the frequent change of stand by Nitish Kumar does not show him in good light. 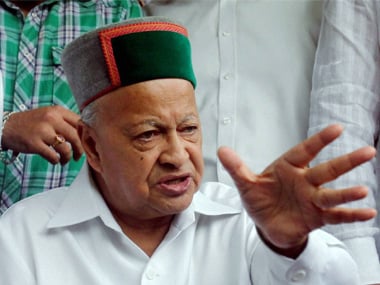 Singh was in the national capital to attend the court proceedings in a disproportionate assets case against him, his wife Pratibha Singh and others.

Bihar chief minister Nitish Kumar unexpectedly resigned on Wednesday, but hours later joined hands with the BJP to reclaim the government in a stunning political manoeuvre that relegated his alliance partner RJD to the opposition.

Kumar was on Thursday sworn-in as the Chief Minister of Bihar for the sixth time. BJP leader Sushil Kumar Modi was also administered the oath by governor Keshari Nath Tripathi in Patna.

"I do not want to comment much on this issue. However, his continuous change of stand does not show him in good light," Singh said. Meanwhile, special CBI judge Virender Kumar Goel directed the central probe agency to hand over certain documents, filed along with the charge sheet, to the accused persons.