'Nai Manzil' is a great programme for minority welfare, but its downfall lies in its low-profile

On New Year’s eve, the Indian government and the World Bank signed a 50 million dollar project which has the potential of transforming the lives of thousands of disadvantaged young people from minority communities through a series of educational and training programmes.

'Nai Manzil' (New Goal), with its hopeful title, is an ambitious educational and skills development programme funded by the World Bank. It has been designed to help minority youth (17-35 age group) from poorer backgrounds. It is particularly aimed at school dropouts and those who lack the necessary skills to find jobs even after completing their education. 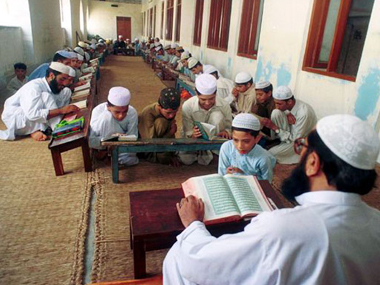 The 'Nai Manzil' programme aims to help those who have nothing. Image courtesy: Nai Manzil website

It is the kind of initiative that the government and media should be shouting about in order to create awareness — so that those for whom it is intended are able to benefit from it. However, neither the government nor the media have cared to publicise it beyond bland announcements and passing references to it in government advertisements.

As a result of this nonchalance towards the programme, only a few people know about it; even those who have vaguely heard about the programme have little to no details available to them. I work with Muslim groups who told me that they were keen to know more about it but they didn't know how to. Even in areas where it is being tried out as a 'pilot' there is a lot of confusion about how to access it. People have been leaving information requests on its official website but they have gone unanswered.

Asghar Ali who works at a Muslim NGO in Bihar said, “I and some of my other colleagues have posted requests for help on downloading the relevant forms and other details but we haven't got any reply.” Come to think of it, it is in government’s own interest to highlight such schemes if for no other reason than that it assures minorities that the government is with them and helps counter critics who accuse the government of having an anti-minority bias.

Under a two-pronged approach, help will be afforded to those who sign up for the programme by providing them an opportunity to complete their education through open schooling, followed by hands-on vocational training that will equip them for the job market. The programme is aimed at reaching out to Muslim students who have studied in madrassas and need help with formal schooling—and vocational skills.

An official said that the idea was to “empower them by introducing them to modern education and giving them skills to find their way in a highly competitive job market”. Raj Kumar, joint secretary in the Department of Economic Affairs who signed the agreement, described it as an “integrated education and training programme” designed to equip disadvantaged minority youth with skills “needed for different tasks in a rapidly changing world”. Michael Haney of World Bank, India, said the project reflected the Modi government's intent to offer to youth from minority communities the opportunities they might have missed out on.

The government reckons that there are more than three lakh madrassas across the country; each of these on an average teach at least 100 students. Theoretically, the scheme will benefit an estimate of three crore students. However, those who work with Muslim communities are more cautious and warn against “wildly optimistic” estimates to avoid disappointment later. Many feel that a lot depends on how the scheme translates into actual practice — and the enthusiasm and calibre of those entrusted with the job of running it.

Theoretical formulations aside, it is imperative to take stock of the action on ground; experience shows that more often than not there is a huge gap between the two. It will be important to get it right in terms of its infrastructure; outreach strategy also needs special attention. Perhaps, the trickiest aspect of the implementation will be to ensure that those who opt for the scheme don't drop out mid-way either because of economic reasons or because they don't find it useful.

Ideally, the scheme should be implemented in phases. A 'pilot' covering 5,000 students, was launched in Bihar in August by the Minorities Affairs Minister Najma Heptullah. The programme is still in its nascent stages, however, one weakness has emerged. The scheme appears to focus almost entirely on men. Women from the Muslim community said that they had not been approached by anyone and that when they tried to find out for themselves, they were told that it was only a trial phase. When proper feedback is available in due course, this issue must be addressed before rushing to roll out the next phase even if it means that the scheme gets overhauled.

Despite the criticism, there is unanimity amongst critics that such a programme was overdue; the prime ministerial tag — Pradhan Mantri Nai Manzil Yojna gives it extra heft.

"The prime minister may not be wearing skull cap and is skipping Iftar parties but his government, unlike others in the past, is sincerely trying to provide livelihood to minority communities. Everybody in the past wore ‘topi’ but Prime Minister Narendra Modi government is the first which in place of ‘topi’ is working sincerely to provide ‘roti’ to minority communities,” Heptullah said.

But politicisation apart, there's a serious point to 'Nai Manzil' given the scale of the problem of lack of proper education and unemployment among minorities, especially Muslims, and it is important for both the government and minorities to work together to make a success of it. There will be no better New Year gift to thousands of young men and women from minority communities whose lives are going nowhere.