As counting is underway in the Madhya Pradesh Assembly elections, the Congress and the ruling BJP are in a neck-and-neck battle. According to election trends, the Grand Old Party is currently in the lead in 117 seats and the saffron party in 104. 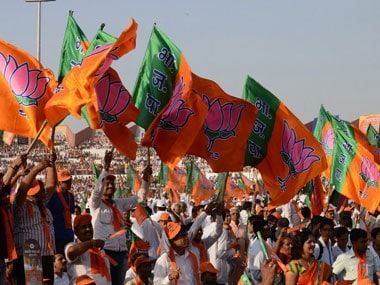 uency. Congress candidate KK Sing Kalukheda is ahead of the BJP's  Rajendra Pandey with 61, 906 votes.

Suwasra: The BJP's Radheshyam Nanalal Patidar has a lead over Congress candidate Dang HardeepSingh in Suwasra, which falls under the Mandsour Lok Sabha constituency.

Garoth: Once again, the BJP is in the lead in Garoth. Advocate Devilal Dhakad is ahead of Congress' Subhash Kumar Sojatia with 63,033 votes. In the 2013 polls, the BJP had defeated Congress candidate Sojatia.

Neemuch: Dilip Singh Parihar, who contested both the 2018 and 2013 Assembly polls on a BJP ticket, is in the lead with 78,856 votes. The Congress has fielded Satya Narayan, who is in the second position with 64,129 votes.

Jawad: BJP's Om Prakash Sakhlecha is currently leading with 52, 316 votes, while Congress candidate Rajkumar Rameshchandra Ahir has received 48,045  votes. The BJP had won the Jawad  seat in the 2013 Assembly polls.