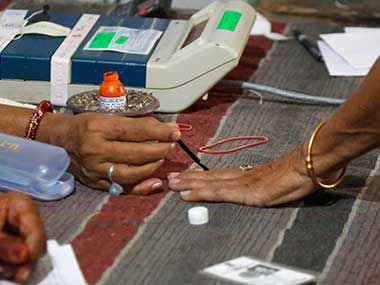 In the 2014 election, the BJP's Gangotri Kujur had won the seat receiving 54,200 votes. Kujur had defeated Bandhu Tirkey of the All India Trinamool Congress, who got 46,595 votes.

In the 2009 election, Bandhu Tirkey, then with the Jharkhand Jan Morcha (JHJAM), had defeated Deo Kumar Dhan of the Congress. Tirkey had netted 58,924 votes against Dham's 28,953 votes.

Mandar, one of the 81 constituencies of the Jharkhand Vidhan Sabha, is located in Ranchi district. Mandar is part of Lohardaga Lok Sabha constituency along with four other Vidhan Sabha (Legislative Assembly) segments namely, Sisai, Gumla, Bishnupur and Lohardaga. This constituency is reserved for candidates from the Scheduled Tribes.

The BJP has ignored incumbent MLA Gangotri Kujur and is instead fielding former Congress leader Deo Kumar Dhan from this Scheduled Tribe reserved seat. Congress is fielding Sunny Toppo from the seat.

The Congress has tied up with the JMM and Lalu Prasad Yadav's Rashtriya Janata Dal in a pre-poll alliance in Jharkhand.