On 8 November, when the BJP was attempting to muster up the numbers for a government led by Devendra Fadnavis, Nationalist Congress Party (NCP) leader Jitendra Awhad shared a message on Twitter which essentially said, "While Shiv Sena MLAs are at Rang Sharda (hotel in Mumbai) and Congress MLAs are in Jaipur, NCP MLAs are at their homes. That's because a photo of Udayanraje Bhosale has been sent to all of them."

The reference to the fate that befell Bhosale was a sharp one.

Bhosale — a direct descendant of Maratha warrior king Shivaji — had won parliamentary elections on an NCP ticket thrice, and had crossed over from the NCP to the BJP after the 2019 Lok Sabha election. The BJP fielded Bhosale from Satara in bypolls held in October, but he suffered a shock defeat at the hands of Shriniwas Patil, a former governor of Sikkim and close aide of NCP supremo Sharad Pawar. This was despite rallies addressed by Prime Minister Narendra Modi and Home Minister Amit Shah. It was during the campaign for this bypoll, incidentally, that the image of Pawar giving a speech despite being drenched in rain became a defining one for anti-BJP forces. 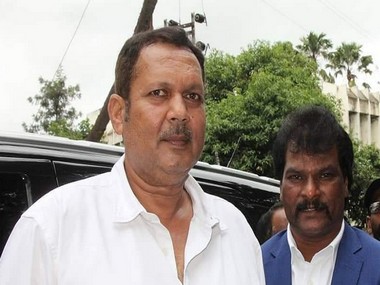 Of course, as it turned out, the NCP did later herd its MLAs together to prevent poaching attempts, first at Mumbai's Renaissance Hotel and then at the Grand Hyatt Hotel. But the broader point of the tweet quoted above stands — turncoats who left the NCP for seemingly greener pastured had to pay a heavy price.

For starters, unless there are any last-minute developments, the ones who joined the BJP — such as Airoli MLA Ganesh Naik — will have to sit in the Opposition as of now. Further, 10 out of 22 leaders of the Congress and NCP who crossed over to the BJP and Shiv Sena before the Assembly elections had to face defeat. Out of these, six were from the NCP.

After the former BJP-Shiv Sena alliance performed below expectations in the Assembly elections, the NCP extended an olive branch to turncoats, but said that they will be readmitted into the party only on the basis of "merit." With the NCP now set to be a part of the new government, the olive branch has only become a more enticing prospect.

The BJP, on its part, had given plum posts to turncoats in the hope of rewarding them from their crossover. In September, the BJP appointed NCP leaders Dhananjay Mahadik and Chitra Wagh as vice-presidents of the state unit of the party.

Some leaders who left the Congress to join the BJP have also found themselves on the wrong side of power. The most prominent among them is Radhakrishna Vikhe Patil, who left the Congress to join the BJP in June. While Vikhe Patil won from Shirdi, he now finds himself in the Opposition as the BJP failed to form the government. He is a senior leader and was the housing minister for a short while under Fadnavis. Earlier, he had served as the minister of educational and transportation in the Ashok Chavan government and was also the Leader of Opposition in the Legislative Assembly. If Vikhe Patil had stayed in the Congress, he would have been likely to get a senior post in the new government.

Broadly speaking, political leaders had presumably crossed over to the BJP and Shiv Sena in the belief that the saffron combine was certain to return to power. In the past few days, their fortunes swung wildly and as of now, some of them may well be repenting their decisions.