Despite the emergence of the Bahujan Samaj Party (BSP) in the 1980s, the Congress party continued to garner the maximum share of Dalit votes. But it changed in 2014, with the BJP winning one in every four Dalit voters. Since then, the politics of Dalit mobilisation is in a flux.

While, on the one hand, the BJP under Prime Minister Narendra Modi has gone all out to woo Dalit voters, on the other hand, reports of persecution of the community, including violent attacks by members of upper castes, have continued to come in from across the country. The announcement of 10% reservations for the economically poor—aimed at upper castes—and the controversy over the amendments to the Scheduled Castes and the Scheduled Tribes (Prevention of Atrocities) Act seem to have further created a trust deficit among Dalits.

In this scenario, it is not clear which political party will emerge as the claimant of Dalit votes. Will the BJP be able to retain its newly acquired base within the community? Can the Congress win back the trust of this group? And, can the BSP still hope to emerge as the champion of Dalit politics outside Uttar Pradesh?

The BJP and the RSS in the past have made efforts to win over Dalit voters. However, the level of symbolic gestures under the Modi government is unprecedented. The PM on several occasions has described himself as an Ambedkar bhakt and the Centre has promised to develop five places associated with the Dalit icon as panchteerth (five holy places).

The BJP sees a real possibility of attracting more Dalit votes for two reasons. One, for the first time in 2014, the party surpassed both the Congress and the BSP by cornering a larger share of the Dalit vote nationally. The party’s Dalit vote base in 2014 comprised mostly of the upwardly mobile sections—urban, educated middle classes, with high media exposure—and the BJP managed to do so by driving a wedge between Dalit jatis. For example, the BJP gains among Dalits in Uttar Pradesh are mainly among the non-Jatav groups.

Two, while the BSP and Mayawati may remain relevant in Uttar Pradesh, their declining popularity even among Dalit voters suggests that the party’s ambition to be a vehicle of pan-Indian Dalit politics has met a dead end. The Congress and other regional parties have made no real efforts to develop Dalit leadership within their ranks to take advantage of this.

This leadership vacuum has led to the emergence of new political entrepreneurs like Jignesh Mevani and Chandrashekhar Azad—and political formations like the Vanchit Bahujan Aghadi in Maharashtra. It has also provided the BJP enough room to use symbolic gestures to mobilise Dalits.

While Mevani and Azad are unlikely to survive as independent political forces outside their areas of influence, it is clear that Mayawati, despite her alliance with the Samajwadi Party in Uttar Pradesh, now stands at the margin of Dalit politics.

The BSP faces an existential crisis and continues to decline across the country. There is a good chance that despite contesting more winnable seats in UP this time, the BSP’s social coalition will continue to unravel.

While the 2019 verdict may conceal the churn within Dalit politics, it is bound to bounce back as the BJP-led party system has two opposing tendencies vis-a-vis Dalit politics—at times accommodative, and dominative at other times. Can Modi use his popularity to bridge this gap? The answer will determine the direction of Dalit politics post-2019.

Rahul Verma, a resident political analyst at Network 18, is a fellow at the Centre for Policy Research 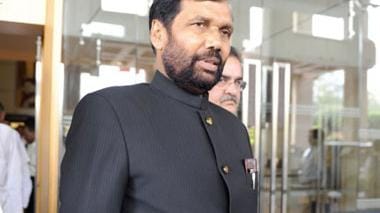 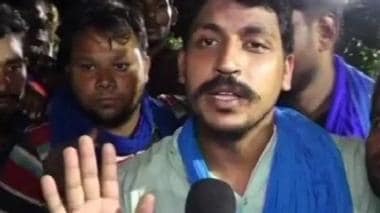 Reservation fufils demand of substantive equality under Article 16(1) of Constitution; states duty-bound to offer it to disadvantaged groups