Land Bill: Blocked by RSS, here's why the Modi govt is reaching out directly to the farmers

Why is the NDA government required to seek the voters’ confidence so frequently despite the majority in the Lok Sabha and despite gaining good ground through most assembly elections held over the past ten months? Does it feel insecure because its actions have often gone against its promises, causing a crisis of confidence?

The Delhi results and the unrest within the Sangh Parivar over the proposed land acquisition bill have forced the government to keep the rural electorate in good humour. The BJP president Amit Shah was summoned to the RSS headquarters Nagpur and in a marathon session with the office- bearers of the parent party told to guard against being branded anti-farmer. The land acquisition bill that government wants to push through the current budget session of the Lok Sabha is perceived as pro-industry and anti-farmer. 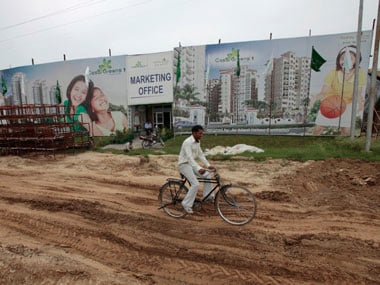 The government would not have been needed to do so much of explaining on its motives behind the land acquisition bill if the famers’ wing of the RSS had not attacked the ordinance and threatened to hit the streets in protest. The Bharatiya Kisan Sangh (BKS) general secretary Prabhakar Kelkar was blunt in his disapproval of the Modi government’s plans. He suggested that the Delhi rural electorate has given a clear message to the government against pursuing anti-farmer policies. He did not rule out joining Anna Hazare’s movement against the bill if the government fails to guard the farmers’ interests.

The BKS endorses the Congress allegation that Modi government's land ordinance tweaks the fundamentals of a law that was passed with the BJP's approval two years ago.Restrictions under the law enacted by the Congress government held up infrastructure projects worth nearly Rs 20 lakh crore such as rail, steel, mining and roads.

Kelkar said that while the Act passed by the UPA government in 2013 made any land acquisition practically impossible, the present government has hit the other extreme by doing away with the 70 per cent landowners’ consent clause and social impact assessment even for land acquired for private industry.

The government could have taken farmers into confidence before bringing the ordinance.

"We are not opposed to land acquisition if it is in the national interest, be it for railways, defence or other public infrastructure. But why should the government acquire land for five-star hospitals, private educational institutions or public-private-partnership projects. The government appears to be acting like a broker," he was quoted as saying.

The government has taken the BKS's advice seriously and got down to the job of getting the farmers on board. Kelkar believes that instead of acquiring large tracts of fertile land to be handed to the industries the government should first put the surplus land lying unused with the public sector undertakings like BHEL to purposeful use. The government should also take away land from sick industries and allot it afresh to new industries.

“I pray to the people in Rajya Sabha. They have a majority in the House. I request them don’t stop the development of the country. We will not be able to work for the welfare of the people without your support,” Modi said.

Singaji is part of the Nimar belt in Madhya Pradesh where the BJP wrested six Lok Sabha seats from the Congress. This is one of the more fertile tracts of the state which has seen a lot of changes due submergence of land under the Indira Sagar Project. The Shivraj Singh Chouhan government which has been winning the national agricultural production award for the past few years has also been on a land acquisition overdrive to draw investments from industrialists. In the past few years the state government has ended up offering land to the industries with little investment materialising.

Direct access to the rural folk is also part of the strategy to mobilise support to deal with the hurdles in the Rajya Sabha. Ruling party members of parliament have been carrying out similar PR exercise in other states during the Holi vacation.

The NDA has only 57 members in the 245-member House and the Opposition, so often humiliated by the ruling party in the Lok Sabha, has united like never before to thwart government at every step. Modi made an impassioned appeal saying that the Opposition was misusing its majority in Rajya Sabha to stall development projects.