Making his priorities clear as a contender in Delhi assembly polls 2013, Aam Aadmi Party (AAP) convener Arvind Kejriwal said on Friday that to get votes, he has to be amidst voters even if it means shifting his protest away from the Jantar Mantar and Ramilila ground, the venues of his previous agitations, and move closer to New Delhi’s power corridor. “These are the areas where politics begin,” said Kejriwal, referring to Sundar Nagri, a resettlement colony, the venue of his indefinite fast which began on Saturday.

Kejriwal will stay put at house number F 1/45 of the colony in the Seemapuri assembly constituency of the North East Delhi district. There are around 1.5 lakh voters in the constituency. Santosh, AAP volunteer and occupant of the house which will serve as the fast venue, said that residents of her area cannot afford the hike in water tariff and there has been regular disruption in power supply. “Last month, we received water bill worth Rs 5200. My father is a labourer in a garment factory. His monthly salary is Rs 4,000.  He had to take loan to pay the bill.” 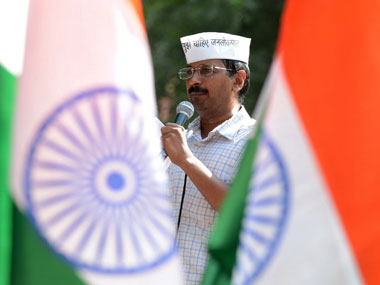 Santosh has been working with Kejriwal since 2002 when the latter, as an IRS officer on study leave, founded the ‘Parivartan’ organisation in Sundar Nagri. The organization worked on improving the delivery mechanism of public welfare schemes.

Later on, Santosh, a feisty and outspoken member of Kejriwal’s group, contributed to the Right to Information campaign and Lokpal movement.

She is a familiar face in her constituency and is known for her mobilising skills. “We have made arrangements for more than 1500 people who are expected to gather around the fast venue,” said Santosh, who was busy circulating campaign material a day before the fast.

Kejriwal’s original plan was to visit different families during his fast. But on medical advice, he decided to be stationed at one location. “That (different locations) would have been better,” he said.

Talking about the possibility of breaking his ‘indefinite’ fast, Kejriwal said, “When I will see a significant number of people not paying their water and electricity tariffs, I will call off the agitation.”

However, he refrained from putting a number to the population he sees supporting him.

At more than 250 locations across the city, AAP volunteers will ask people to sign petitions saying that they will not pay their water and power bills.

The social activist turned politician admitted that his bijli -paani aandolan, which he started late last year, could not yield the desired result as Delhi residents continue to pay their water and power bills.

“I agree. Not many people could gather the courage not to pay their bills because not paying the bill means they will not be getting these services. Secondly, they are scared that if they restore their electricity connections as I advise them, they will face arrest or penalty,” said Kejriwal. “That is the reason I am fasting. I believe AAP will be able to mobilise masses on these issues in the days to come,” he added.