Telangana is agog with reports of the new bungalow of Chief Minister K Chandrasekhar Rao – a home as big as a shopping mall with 150 rooms, three halls and a ‘bullet-proof toilet and bedroom’.

In the early hours of Thursday (24 November), KCR (as the chief minister is known) and family had performed the gruha pravesham (house warming ceremony) of their new residence built at a cost of Rs 36 crores of public money. In total contravention of the blue book and constitutional privileges, the spiritually inclined KCR also made his spiritual guru Sri Sri Tridandi Chinna Jeeyar sit for a few minutes on the chief minister's seat in the official chambers, triggering a political furore.

Congress and TDP leaders lambasted KCR and some like Mohammed Ali Shabbir, Leader of Opposition in Telangana’s Legislative Council even dubbed KCR as the Roman emperor Nero. “KCR performed gruha pravaesham of his five star new home built with public money, just as the Roman emperor who kept fiddling when Rome was burning. KCR should have first fulfilled the poll promise of building 2.6 lakh free double BHK homes for rural and urban poor,” he said.

The Telangana Rashtra Samiti (TRS) leaders and the chief minister dismissed the criticism and went ahead with their house warming event which was attended by Governor ESL Narasimhan and other dignitaries. “Why is the Opposition making such a hue and cry? We have not spent a paisa for my personal home,” said KCR later in an interaction with some senior party leaders.

TRS leaders said Congress should be ashamed as each one of their chief ministers had spent crores on their personal homes in the past. “All the former chief ministers from 1978 onwards till 2014 had spent nearly Rs 83 crores on embellishing their homes and farm house,” said Home Minister Nayini Narasimha Reddy. TRS leaders also accounted as to how chief ministers across the country had been on a spending roll. They pointed to former Uttar Pradesh chief minister Mayawati who “had spent Rs 86 crores on her house and Ghulam Nabi Azad during his half-term as chief minister in Jammu and Kashmir had spent over Rs 20 crores on his bungalow,” they said.

KCR, the first chief minister of Telangana, though has already gone down in the annals of modern, democratic Indian history for a number of dubious acts. He appointed his personal astrologer Suddala Sudhakar Teja as a vastu advisor to the government stating that the town planning wing was understaffed after the bifurcation of erstwhile Andhra Pradesh.

KCR’s obsession with the disputed science of vastu has been evident in that he inspected bungalow after bungalow before picking his official residence after he was sworn in on 2 June, 2014. After choosing a group of IAS quarters in Kundanbagh and ordering their demolition for his official home, he had second thoughts and reluctantly occupied the ‘jinxed’ camp office built nine years ago at Begumpet by late Congress chief minister YS Rajashekhar Reddy. The building spread over 2 acres and built at a cost of Rs 10 crore was branded ‘jinxed and unlucky’ after the chopper crash death of YSR and the unsavoury term of his successor K Rosaiah who quit as chief minister within a few months of coming to the helm.

During his ongoing 2.5 years stint, KCR changed his convoy of vehicles twice. From the Tata Safari fleet he inherited from Kiran Kumar Reddy, the government bought bullet-proof black Scorpios at a cost of Rs 6 crores. On vastu advice, he shifted to another fleet of white Scorpio cars.

In undivided AP, astrology and vastu commanded the unalloyed devotion of political bigwigs. From the days of former prime minister PV Narasimha Rao to Telugu Desam Party supremo NT Rama Rao, vastu experts had occupied powerful positions in government. NTR had rewarded his personal astrologer, BV Mohan Reddy, with an Assembly seat and also made him a minister. Not far behind was Marri Channa Reddy whose trusted vastu architect BN Reddy got a Rajya Sabha seat.

Another Congress leader and former Union minister, the leading industrialist T Subbarami Reddy had hired a group of vastu experts and offered such services to all and sundry in Delhi durbar. He also temporarily gave up his luxury home on Road No 12 of Banjara Hills, Hyderabad on vastu advice but still lost his post. Journalist-turned-politician, now general secretary of TRS and Rajya Sabha MP K Kesava Rao effected many vastu corrections to his house in Banjara Hills built in the midst of a park to achieve his political ambitions. His house built inside a municipal park in Banjara Hills was regularised when he became a Congress minister and the park was relocated.

AP CMs and their homes

Until 2007, the chief ministers of united AP did not have a permanent home. Veterans like PV Narasimha Rao, K Brahmananda Reddy, Neelam Sanjiva Reddy, K Vijayabhaskar Reddy used government guest houses – Lake View, Greenlands, Manjira guest house, Dilkusha guest house – all former palaces of the Nizam — as their residences. But the practice of chief ministers using their personal homes as official residences commenced during the tenure of M Channa Reddy and thereafter almost all chief ministers including NT Rama Rao and Chandrababu Naidu utilised their own houses as official residences when in power and embellished them with additional face lift, expansions and added luxuries. This investment from public funds were not returned to government later. When K Vijay Bhaskar Reddy was chief minister for the second term in 1992, he rented out a bungalow in Srinagar Colony as his official residence.

Way back in 1980, Chief Minister T Anjaiah, a Dalit from Telangana, was hounded by Opposition and his rivals in the party for adding a ‘penthouse’ on the terrace of his single room tenement home of Barkatpura in Hyderabad at an alleged cost of Rs 12 lakhs. Petitions rained on the Congress high command and then Congress General Secretary Rajiv Gandhi had admonished him in public. Anjaiah was subsequently sacked.

Marri Channa Reddy almost rebuilt and added one more floor to his house at Tarnaka and also furnished and refitted it with air-conditioning twice in a year. He was chief minister twice — in 1978 and 1989 — and both times he was dislodged after dissidents carried tales of misuse of power. During his second innings, his 10-acre farm on the outskirts of Secunderabad was irrigated with municipal water lines.

Another Chief Minister Bhavanam Venkatram owned a multi-storeyed complex in Nagarjuna circle in Banjara Hills. He got it regularised and also built a penthouse there at government cost of Rs 2 crores. Adding to that he also made the state government develop his farmhouse on Nagarjunasagar Road at public cost. When Indira Gandhi learnt of it, she sacked him.

When TDP came to power for the first time under the leadership of NTR, his house in Troop Bazar was renovated and additions made to suit a chief minister's home. NTR owned a farmhouse at Gandipet on the outskirts of Hyderabad which was also officially protected and developed. A shanti kutir (a hut with grass roof and air conditioning) was built for NTR’s use during weekends. The same model was replicated during TDP’s annual mahanadu events as NTR who had donned the saffron robes of ‘Raja Rishi’ then would not spend nights in hotels or guest houses. NTR’s kutirs at Vijayawada or Visakhapatnam during party meetings drew large crowds and was also a media attraction.

Chandrababu Naidu who assumed power in 1995 also used his own house at Jubilee Hills as the official residence until 2004. The government bought the adjacent plot belonging to Tirupati hotelier turned TDP MP CM Ramesh to provide more work space for the CMO. According to the CAG report of 2005 by the YSR government, a sum of Rs 12.5 crores were spent in the Jubilee Hills home of Chandrababu Naidu with more rooms, air conditioners and also huge landscaping.

In 2004 when he came to power, Congress Chief Minister YS Rajasekhar Reddy lived in an apartment in Srinagar Colony as his own house ‘Sri Bagh’ on Banjara Hills was under litigation. TDP CM Chandrababu Naidu, his predecessor, had refused to regularise the housing plot. After he came to power, YSR got it regularised and also leased it to a corporate group to build a multi-storeyed shopping mall. He also promoted a permanent home for chief ministers on the lines of what SM Krishna had done in Bengaluru. The state government removed half a dozen IAS officers’ quarters in Begumpet and made room for the camp office of the chief minister built at a cost of Rs 10 crores.

YSR’s successor Rosaiah had not occupied the official residence and operated from his SR Nagar residence which was upgraded with visitors’ halls, official chambers and also security outposts. Though the government had sanctioned construction of another floor above his present home, after his untimely resignation, his successor Kiran Kumar Reddy who did not see eye to eye with Rosaiah, cancelled the new additions.

After Rosaiah’s exit, Kiran Kumar Reddy made several changes, repairs and additions to his personal bungalow at MLA Colony, Jubilee Hills, though he lived in the palatial chief minister's house in Begumpet. According to the CAG report of 2013, several additions were made both at the Begumpet residence and also his Jubilee Hills residence during his tenure. 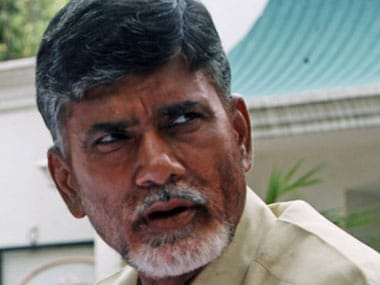 The new state of Andhra Pradesh may be in the midst of a major financial crunch but this has not stopped Chief Minister Chandrababu Naidu from spending over a whopping Rs 100 crores of public money on tours, offices, residences and also staff. This includes redecorations of his various offices at Hyderabad and Vijayawada, chartered flights for himself and his staff from Hyderabad to Vijayawada, Delhi and Singapore.

To date, the AP government has redone four to five offices and camp offices (residences) for the chief minister in both Hyderabad and Vijayawada. The government spent over Rs 40 crores on redoing H Block and the 7th and 8th floors in L Block of Secretariat in Hyderabad. Around Rs 355 crores was spent on renovating Lake View guest house which Naidu used as his camp office initially in Hyderabad. Presently Rs 21.3 crores has been spent on a new camp office in Vijayawada (Lingamaneni guest house on the banks of the Krishna river). Another Rs 6.3 crores has been spent for reshaping the state irrigation office as his temporary camp office in Vijayawada until his Amaravati office (being built at a cost of Rs 15 crores is ready).

Replying to query on his several chief minister residences at Hyderabad and Vijayawada, Chandrababu Naidu told an interviewer on television at Amaravati recently that considering his numerous roles in heading many portfolios he was justified in having a large posse of officials and infrastructure. “I still handle 11 crucial portfolios besides that of chief minister,” he said.

Besides these, Naidu has another office coming up at Amaravati and another residence geared up at his farm house at Madinaguda on the outskirts of Hyderabad. His personal staff and team of writers and officials working at both residence and in the CMO cost the government nearly Rs 3.5 crores. “He is a chief minister who hardly sleeps and is on the job 18 hours a day even at the age of 65,” defends a CMO spokesman.

The IAS and IPS officers too make full use of their ranks to get undue advantage, choicest facilities over and above their eligibility. Senior IAS officers get more air conditions, cars and also renovations at their government quarters on an annual basis. The TRS government had, according to the CAG report of 2015, spent nearly Rs 72 crores on repairs to quarters of IAS and IPS officials in 2013-14.

The coffee and eateries bill in the CMO during the YSR regime ran up to almost Rs 15 lakhs per month. When Kiran Kumar Reddy became chief minister, he struck down the hospitality allowance and allocated only Rs 1 lakh per month towards the same.

The annual CAG reports indicating the abuse of politicians and bureaucrats of public money has had little impact. After rudimentary mentions and reports in media, the loot by bureaucracy and political parties continue.