Mumbai: Attacking the Karnataka government for exploring the possibility of having a state flag, the Shiv Sena on Thursday said Congress president Sonia Gandhi should sack the chief minister as the move went against the history and ideals of her party. 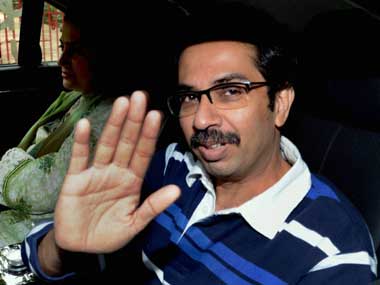 It also demanded that the Centre dissolve the Karnataka government or immediately stop all assistance to the state. The saffron party termed the Congress government's move in Karnataka as "despicable" and "unconstitutional" which amounts to "treason".

It is an insult to the national flag and the freedom fighters and the jawans who have sacrificed their lives for the country, an editorial in Sena mouthpiece 'Saamana' said.

"Congress president Sonia Gandhi should make Siddaramaiah resign and show her love for the nation," the Sena demanded.

"The Congress government in Karnataka has indulged in a despicable act by seeking a separate flag for the state," the editorial said.

"This is a challenge to the integrity of the nation, an insult to the national flag and to the freedom fighters and the jawans sacrificing their lives on the border," it said.

The Sena said Sardar Vallabhbhai Patel worked to bring all states under a single national flag but Siddaramaiah has gone against his own party's ideology.