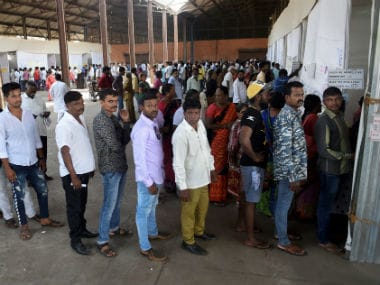 Jharkhand Assembly Election 2019 Exit Poll Results LATEST Updates: According to the projections of India Today-My Axis, the Congress-JMM alliance in Jharkhand will "storm to power" in Jharkhand by winning between 38-50 seats in the 81-member Assembly. The pollster predicts that BJP will fall behind with 22-32 seats.

The pollster predicts Jharkhand Vikas Morcha (JVM) and All Jharkhand Students Union (AJSU) are likely to bag 2-4 and 3-5 seats respectively, while 4-7 seats are likely to be divided among others. India Today-My Axis exit polls also projected that the Congress-JMM alliance will get 37 percent vote share in state, while the BJP is likely to get 34 percent votes.

The C-Voter exit polls predict that the Jharkhand Mukti Morcha in alliance with Congress and Rashtriya Janata Dal is projected to win 35 seats, while the BJP is likely to bag 32, resulting in a hung assembly in Jharkhand.

Exit poll results of Jharkhand Assembly election will be released by various news channels today (Friday) at 6 pm after polls close for the final phase of voting. Louis Marandi had defeated Soren in 2014 Assembly elections. The JMM leader is also contesting the polls from Barhait seat. His sister-in-law Sita Soren is seeking re-election from Jama seat.

Voting for the final phase of the five-phase Assembly election took place in 16 constituencies in Jharkhand. Counting of votes is scheduled on 23 December. Polling ended at 3 pm in five of 16 Assembly constituencies that went to polls on Friday. A total of 62.65 percent voter turnout was registered till 3 pm in the state, with the polling process scheduled to end at 5 pm, they said.

Over 40,000 security personnel have been deployed in these Assembly constituencies spread over six districts to ensure free, fair and peaceful polling, Election Commission officials said.

Voting will begin at 7 am and end at 3 pm on Friday in Borio, Barhait, Litipara, Maheshpur and Sikaripara seats while voters in the rest of the constituencies can exercise their franchise between 7 am and 5 pm, officials said. 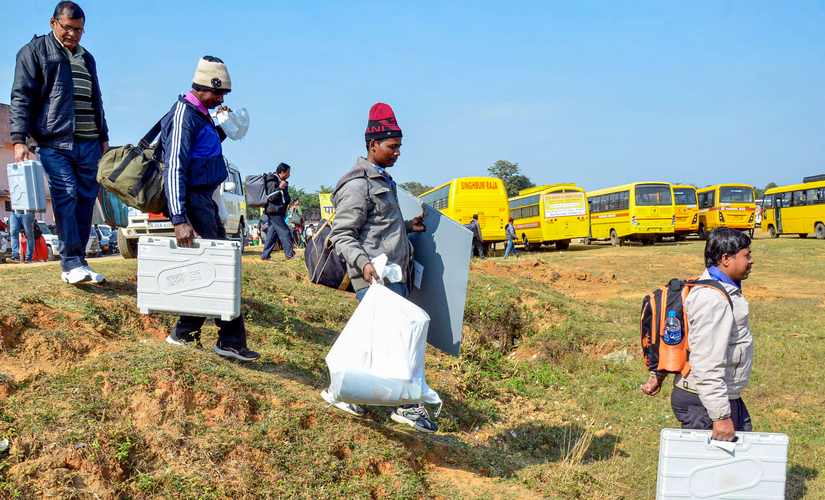 Polling officials carry EVM machines and other polling materials on the eve of the second phase of Jharkhand Assembly election, at Tamar constituency. PTI

In the final round of elections, the fates of two Jharkhand ministers and former chief minister Hemant Soren will be decided. Soren, who is contesting in two seats, is facing a tough battle from Woman and Child Welfare Minister Louis Marandi of the BJP from Dumka and Simon Malto of the saffron party from Barhait.

Congress general cecretary Priyanka Gandhi, Chhattisgarh chief minister Bhupesh Baghel and Shatrughan Sinha were among the party leaders who appealed to the people to vote for the opposition alliance of Congress, JMM and Rashtriya Janata Dal (RJD).

Of 81 Assembly seats, elections were completed in 65 constituencies in the four phases between 30 November and 16 December.

Counting of votes is scheduled on 23 December.