New Delhi: The JD(U) on Friday asked Congress president Rahul Gandhi and AAP chief Arvind Kejriwal to keep away from the RJD's agitation on Saturday to protest the Muzaffarpur shelter home rapes, saying they were known for "value-based politics" while the Lalu Prasad-led party was known for "jungle raaj and crimes".

Former Bihar deputy chief minister Tejashwi Yadav plans to hold a dharna and candle light march in Jantar Mantar in New Delhi on Saturday against the case in his bid to target JD(U) president and Chief Minister Nitish Kumar. 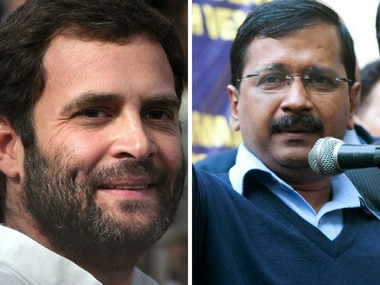 He has also invited Gandhi and Kejriwal to join the event.

JD(U) spokesperson KC Tyagi asked the two leaders to keep away from the event and said that they were known for "value-based politics" while the RJD was known for "jungle raaj and crimes".

He said all accused in the case were arrested and the CBI was probing the case. Besides, the Supreme Court had also taken cognizance of the crime.

"What does he want now," he asked, referring to Yadav's planned protest.

Gandhi and Kejriwal would only harm their image if they join an event organised by the RJD which, he alleged, had many criminals among its ranks.

The JD(U) was a BJP ally but the relations between the two party had been far from smooth of late.