Editor's note: The following article was originally published on 10 October, a few days after Tamil Nadu chief minister J Jayalalithaa was first hospitalised. It is being updated in light of the news that she suffered a cardiac attack on Sunday and at the time of writing, is said to be 'very critical'.

The prolonged hospitalisation of the Tamil Nadu chief minster Jayalalithaa has brought to fore once again the question of rudderless states, the question that has neither been addressed by the Indian constitution nor by the Supreme Court even though the answer has never brooked any delay. She is reportedly under life support system in Chennai’s Apollo hospital which routinely gives a laconic bulletin about her fast recovery. And to make matters worse, there are credible reports of extra constitution persons like ex chief secretary issuing orders from the chief minister’s bedside. One wonders how the one under life support system can be consulted. Naturally, someone had to file public interest litigation (PIL) before the Madras High Court. File he did but the Court threw it out contemptuously whereas it deserved to be heard in all earnestness if only to bring the issue centrestage. In fact the Madras High Court ought to have commended the matter to the Supreme Court with a prayer that it be considered by a constitution bench. 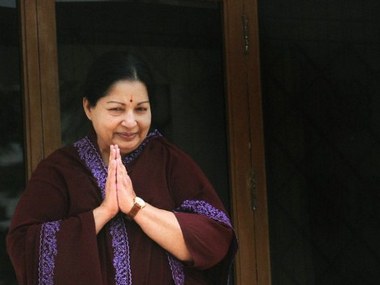 It is amazing that our constitution makers who took elaborate pains in framing it thought nothing of this seminal issue though in all fairness they cannot be accused of sweeping it under the carpet when the founding fathers of the US constitution squarely addressed the issue. Under the US Presidential Succession Act, 1947, Jayalalithaa-like situation has been envisaged and answers. Should the US President die in harness or take ill or is otherwise unfit to carry out the humungous responsibilities of his office, the Vice President takes over and in his absence, speaker of the House of Representative and so on. To be sure, the US has adopted a presidential form of democracy unlike India’s Parliamentary but that hardly is a handicap for us in not addressing the issue of temporary vacuum in the office of chief minister or prime minister.

The Indian company law is only a shade better than the Indian Constitution in this regard. It says the Board of Directors of a company can appoint an alternate director when a director of a company is absent from India for a period of 3 months or more. In other words it too fails miserably in addressing the issue of line of succession. To be sure, it contains provisions for disqualification and removal of directors. For example a person of unsound mind cannot be appointed a director and should he subsequent to his appointment become imbecile, he must vacate the office forthwith. But this is neither here nor there. Imbecility is not an issue as much as dereliction of duty willy-nilly on health and other grounds is. But then listed companies are constantly under the watch of vigilant shareholders and in any case Boardrooms abhor vacuum so much so that vacancies are bound to be filled up sooner than later.
Politics however is less tolerant and indulgent of those in power, with opposition relishing the prospect of sniping at the alleged delinquent as is happening in Tamil Nadu where the opposition DMK is darkly hinting at the CM already being brain dead.

The issue has graver ramifications for the central government. The former prime minister Deve Gowda acquired the reputation of sleeping prime minister with the appellation going beyond mere figurative speech. He actually used to doze off. In the US, judges do not retire but can go on. However they are removed at the first hint of senility. Levity apart, we do not have any concrete guidelines on the issue of who steps into the shoes of the prime minister though the incumbent prime ministers take care to make their own arrangements like the former prime minister handing over the reins to the senior most minister Pranab Mukherjee whenever he was admitted into hospital for treatment. But then this is not one is asking for. When the prime minister Shastri died in Tashkent, the void was temporarily filled in by the supposedly docile Guzarilal Nanda and when prime minister Indira Gandhi was assassinated, her son Rajiv Gandhi was sworn in as the prime minister, unmindful of the raised eyebrows and hackles.

The political parties got together to pass the GST bill, a seminal piece of enabling constitution amendment. They must similarly get together to provide for a structured regime of succession and not leave it to chances and whims of politicians.