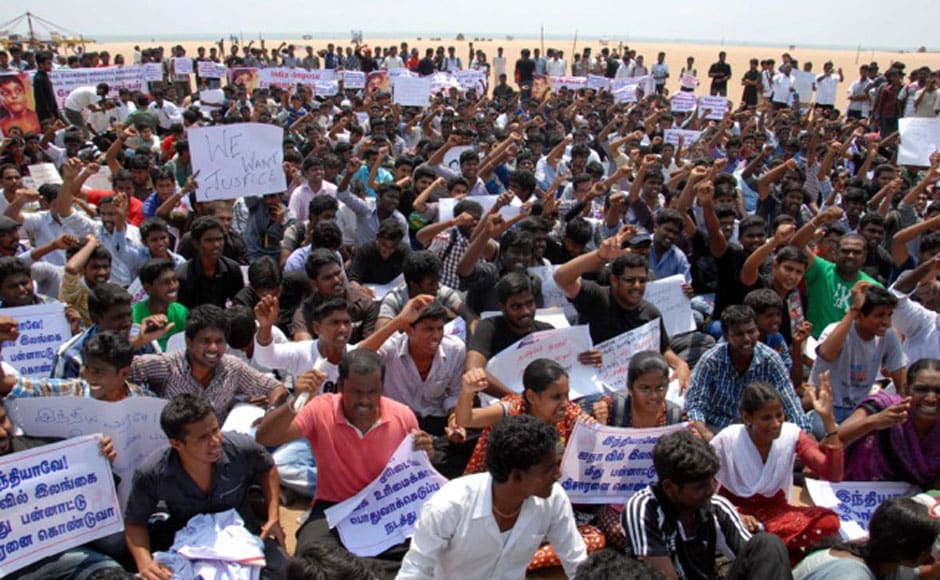 Students from across Chennai gathered at the Marina Beach on Thursday to protest against Sri Lanka. Firstpost 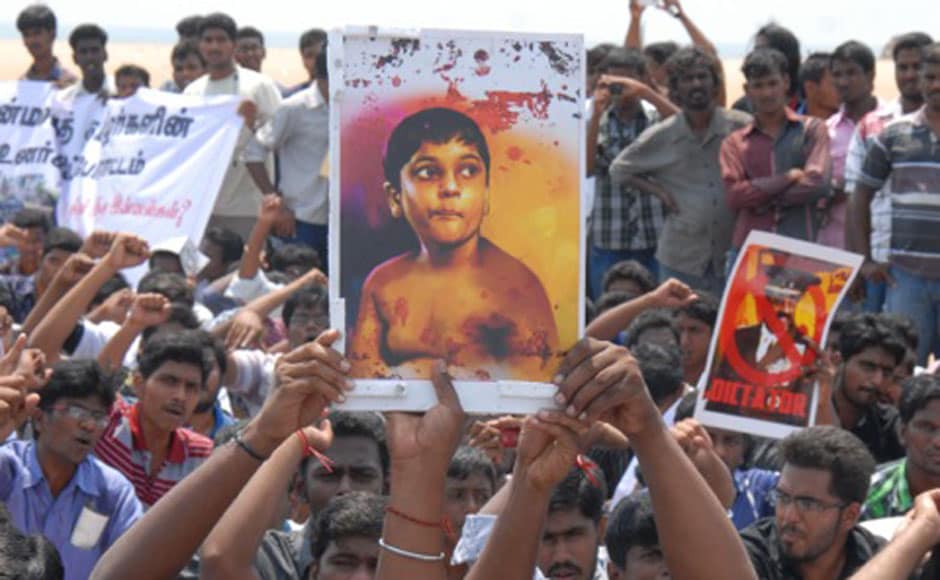 Protesting students hold up a photograph of V Prabhakaran's son Balachandran who was shot five times through the chest, two hours after eating a snack in a military bunker. Firstpost 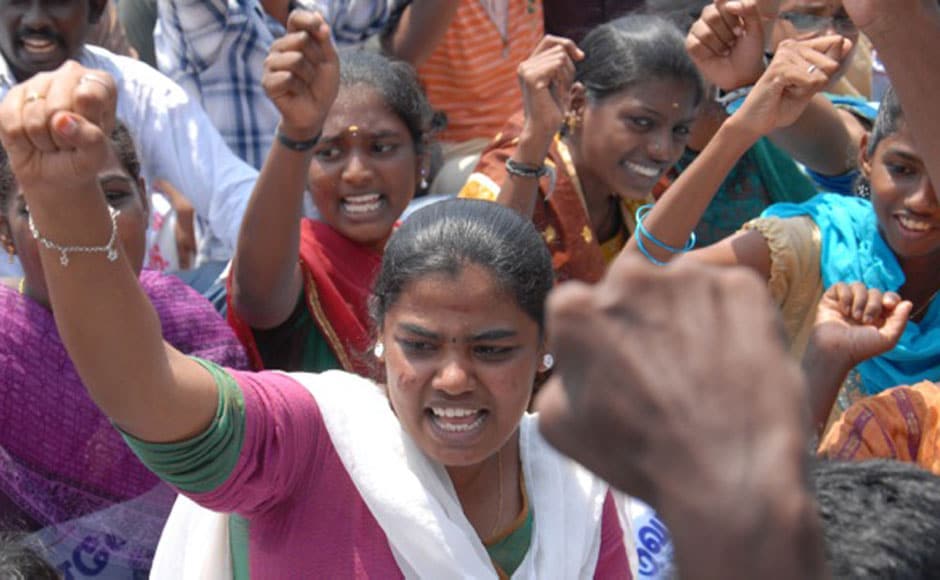 Over 1500 students were at the Marina beach protest: Firstpost BJP workers in Chennai burn effigies in protest of atrocities against Tamils in Sri Lanka. Firstpost 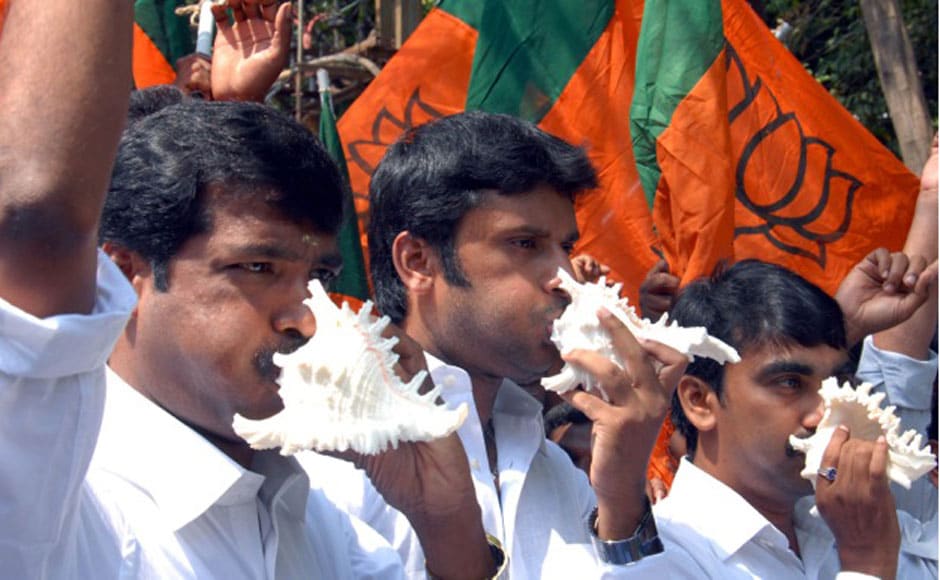 BJP workers during their protest on Wednesday. Firstpost